What more does the US need to take on FETÖ? 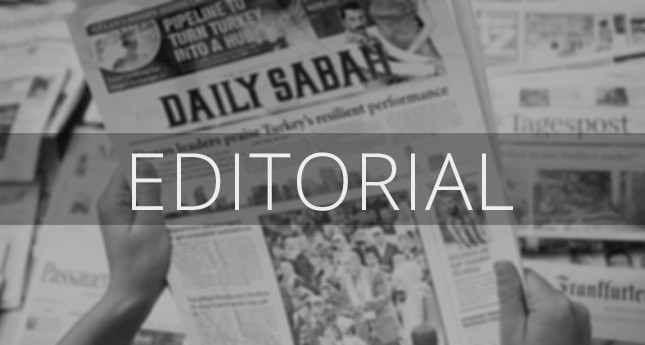 Sakarya, one of the most developed industrial cities in the country, is around a one-hour car ride from Istanbul's center. Adil Öksüz, a seemingly ordinary academic at the Sakarya University Department of Theology, was leading a seemingly ordinary life. This is of course until he was detained early on July 16 near the Akıncılar Military Base near Ankara used as the center of operations by the July 15 coup plotters. While he argued that he was not at the base and was just out looking for a property to purchase, investigators found photographs of him posing with the plotters on the night of the coup attempt at Akıncılar. While coup plotting soldiers arrested with him were taken to the Ankara Courthouse, Öksüz was separated from the rest, and moved to a courthouse in the Sincan municipality. The prosecutor looking at his case asked for his immediate arrest but the court decided to release him due to a lack of evidence. This was how the most senior civilian member of the Gülenist Terror Group (FETÖ) responsible for the bloodshed on July 15 disappeared soon after the coup attempt failed. Nowadays, he is cited as FETÖ leader Fetullah Gülen's number one point man on July 15 and the FETÖ member responsible [imam] for the Turkish Air Force.

These days we know much more about how the plot was devised. Öksüz, on July 11, just four days before the coup, took his family to the U.S., where Fetullah Gülen lives, and returned on July 13. He did not travel to Sakarya where he lived, but directly went to Ankara, where he would command the plot.

According to the investigation by Ankara Chief Prosecutor Harun Kodalak and Prosecutor Ramazan Dinç, Öksüz was not alone during his travels to and from U.S. airport footage and travel documents show that another individual, Kemal Batmaz, was accompanying him during his stay in the U.S. and on his return flight on July 13. The duo travelled together to the U.S. four times to visit the FETÖ leader, official records reveal.

Batmaz, just like Öksüz, was detained at the Akıncılar Base soon after the coup attempt unraveled. Batmaz, a senior manager at a private company, also told the police that he was out looking for a property to purchase around the base on the night of the coup and that all this was just a coincidence. Unlike Öksüz, he has remained in custody ever since. According to information released by the Ankara Prosecutor's Office, there is footage of Batmaz at the Akıncılar Base, where the base commander is seen saluting him, a civilian. Batmaz was prancing around the corridors of one of Turkey's most important military bases as if he owned the place.

Turkey has been calling for Fetullah Gülen's extradition from the U.S. since the failed coup attempt. President Recep Tayyip Erdoğan raised the subject during his visit to New York. Justice Minister Bekir Bozdağ submitted a new batch of evidence proving Gülen's culpability during his recent visit to Washington D.C. According to the extradition treaty between the U.S. and Turkey, officials in either country have to detain the individual in question while assessing the merits of the extradition application. Preventative detention is called for in this case, considering Gülen, the head of a multi-national criminal network, is a clear flight risk.

At a time when Turkey is providing the U.S. with new evidence proving FETÖ's guilt, every ounce of new information is increasing the number of unanswered questions by the Turkish public and the media. As the fact that FETÖ's operatives were behind the coup attempt becomes clearer with every passing day, the public is asking why these individuals visited the U.S. so often and who they met and what orders they received.

While FETÖ continues to operate without any hindrance in the U.S., the Turkish public continues to demand satisfactory answers to many questions. How can a NATO ally create sanctuary to members of such a group despite the fact that they are responsible for the deaths of hundreds of civilians? The U.S., having provided a suitable environment for FETÖ to grow and plot against the democratically elected government of Turkey, needs to prove to the Turkish public that it has woken up and will no longer delay taking action against this criminal cult.