US generals turning into warlords in Syria, hijacking US foreign policy 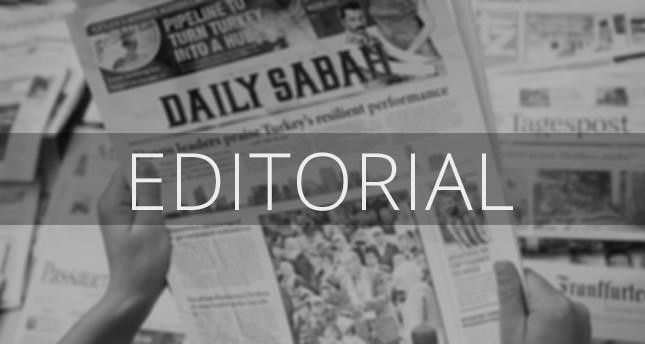 During his 2016 election campaign, U.S. President Donald Trump kept asking: "Why are we in Syria and Afghanistan?" He called for an end to entanglements abroad and a focus on domestic problems.

President Barack Obama's Syria policy was based on little more than indifference and, the Trump administration just automatically adopted it.

After all these years, the U.S. still does not have a good grasp on what its policies on Syria are. What does it want to achieve? What is its endgame? What kind of timeframe has it settled on to achieve its objectives? American politicians seem clueless about what they have gotten themselves into.

No one knows who is in charge of the U.S.'s Syria policy. Chaos reigns. Who do we call to ask what the U.S. is doing in Syria?

It seems that with no lead from the top, United States Central Command (CENTCOM) has decided it is the boss. While operationally, it is good that soldiers are in charge, it seems soldiers have also taken over the decision making that should be under the purview of elected officials. CENTCOM and its officers now make statements, formulate strategies and even conduct diplomacy. Turkey has a history of power-hungry generals seeing themselves as guardians of the country and the U.S. is well-advised not to repeat it.

When politicians seem confused about what is happening, soldiers on the ground take over and start making irresponsible statements. U.S. Army Lt. Gen. Paul E. Funk spoke from Manbij in northern Syria the other day. What he said implied that U.S. soldiers there would protect People's Protection Units (YPG) terrorists from any sort of Turkish military incursion.

Let that sink in.

An American general says that if Turkey makes a move against the Syrian affiliate of the PKK, a group recognized as terrorist by the U.S. and EU, it would be met with U.S. firepower.

National Security Advisor H.R. McMaster is expected to arrive in Turkey this weekend. Next week, Secretary of State Rex Tillerson will come.

Whose statements should Ankara take into account? Who stands for the U.S.? Do Trump's previous promises about the YPG carry any weight whatsoever? Will what McMaster or Tillerson say suffice?

If one has a hammer, all problems start to look like a nail. And these generals have weapons of enormous destructive potential and hundreds of thousands of troops under their command. They somehow persuaded Trump to order an arms buildup in northern Syria to support the YPG, which seems like the only Obama policy Trump decided was worth keeping.

It should also be noted that Trump, in a telephone conversation with President Recep Tayyip Erdoğan, had promised to stop arms support to the YPG, which was subsequently denied by the Pentagon. Another point is that Turkey undertook its latest Operation Olive Branch only after another U.S. official said they were creating a border force, practically an army, out of a terrorist group.

A rogue Pentagon ignoring its commander-in-chief seems to be pushing the U.S. deeper into the Syrian quagmire and destroying the country's ties with its NATO ally Turkey.

Complete mayhem governs the upper echelons of U.S. foreign policymaking. Appointed soldiers are disregarding the orders of their civilian bosses.

The day it was announced that U.S.'s top diplomat, Tillerson, was coming to Turkey, a buffoon of a soldier visits terrorist bases in Manbij and threatens Turkey.

It is about time that the few sensible politicians in the U.S. intervene and do what they must to rescue the ties.What Obama did in Syria was reckless and inhumane. However, compared to what Trump is doing, Obama was a master strategist. Rot spreads from the head. Trump's cluelessness has allowed soldiers to fill the power vacuum.

And then come American pundits wondering why anti-American sentiment is on the rise in Turkey. Let's clue you in. When irresponsible politicians constantly lie, soldiers arm terrorists and issue threats, there are going to be consequences.

As long as generals are in charge of U.S. foreign policy, anti-Americanism will spread across the world like wildfire.