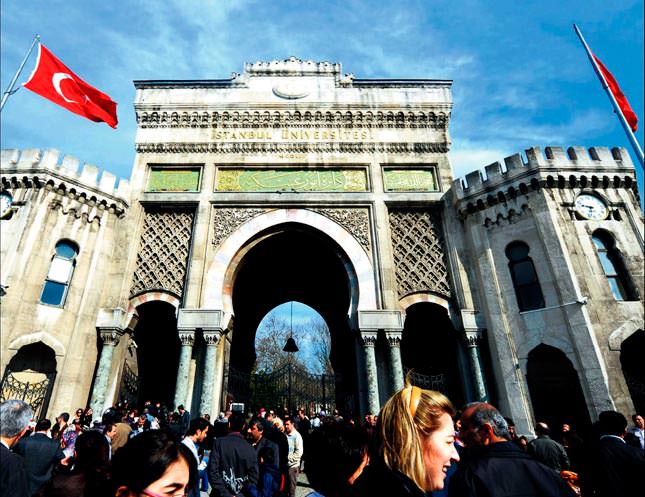 Turkey's Feb. 28 coup left deep scars in lives of many. The coup is regarded as a military-led crackdown on conservative Muslims of the society. Academics were among those expelled from universities purely for their views. Memories of the coup remain though their rights restored years later

The Feb. 28, 1997 "soft coup" was a culmination of a witch hunt which targeted conservative Muslims. The coup interrupted careers and the daily lives of a large number of public sector employees, from academics to civil servants. They remember the past on this week's 17th anniversary of the coup. On Mar. 10, defendants released on probation will stand trial for the so-called "post-modern" coup. All defendants are military generals accused of organizing the coup.

Prosecutors recently launched an investigation into the civilian assistance to the coup. Upon criticism over the release of former generals, Prime Minister Recep Tayyip Erdoğan has said civilians who helped the coup leaders, from nongovernmental organizations to media and businesses will also be investigated. Three prosecutors assigned to the case now look into the civilian connection.

The coup against the Refahyol coalition government headed by the Welfare Party (RP) was a bloodless one. The National Security Council (MGK), the powerful military- civilian state body, adopted a declaration on Feb. 28 which included a series of binding regulations to ensure what the body referred to as the continued existence of a secular state. Regulations called for expelling of hijabi students and civil servants and the closure of imam-hatip schools.

Female students wearing hijab (headscarf), male students and academics performing prayers or associated with conservative views faced pressure before and after the coup for a long time. They were expelled from universities and were only able to complete their education or resume their careers years after the coup.

Educators in particular were forced by the university administration to quit through fabricated allegations. For example, an assistant professor, who wrote a doctoral dissertation later published as a book on modernization in the Middle East and Islamic movements, was expelled. The reason for her expulsion arose from publishing content against laws and regulations against reactionism, a name given to conservative tendencies. Academics expelled from one university were allegedly prevented from teaching another university by education authorities.

Though the coup was spearheaded by the members of the military, members of judiciary and academia participated in campaigns targeting conservatives. Istanbul University former president Kemal Alemdaroğlu, for instance, was a staunch opponent of wearing hijab at the university and an active proponent of the ban.

Ali Rıza Abay, now vice president of Yalova University in northwestern Turkey, was one of the educators who felt the impact of the Feb. 28 coup. He became associate professor of sociology in Sakarya University in 1997, the year that a paranoid state of mind targeting conservatives crept into academia.

Since I have been tenured, they could not expel us from the university directly. But other academics, including assistant professors and lecturers, were contracted employees and they could be easily fired. At Sakarya University, more than 100 fellow academics were expelled," Professor Abay said.

However, he notes that a "witch hunt" was on and they sought to expel him. "On trivial matters, they launched 15 investigations against me in that period and none of them were issues requiring disciplinary action.

For this matter and other trivial things, I faced action. They issued condemnation, warning and even cuts in my salary. Then, I was reassigned to a college of the university far from the city, in the district of Geyve.

There, I was prevented from teaching for a long time. All this pressure and practices continued for one year," he said.
Abay said he filed lawsuits against these investigations. "I won almost all of these lawsuits and was finally reinstated in 2004.
My fellow academics were already promoted to the position of professor. I was finally able to be assigned as a professor, years after the Feb. 28 process, as circumstances were normalized," he recalled.

Professor Abay said he suffered financially and psychologically during the process, but never gave up hope. "Through lawsuits, I resisted their attempts to fire me," he said. "But other academics, who became victim to the coup process, had to abandon their careers in the face of the pressure. They retired or took on other jobs," Abay added. He now observes how the trial process continues and mulls filing to be plaintiff. "Feb. 28 hit us like a ton of bricks," he concluded.