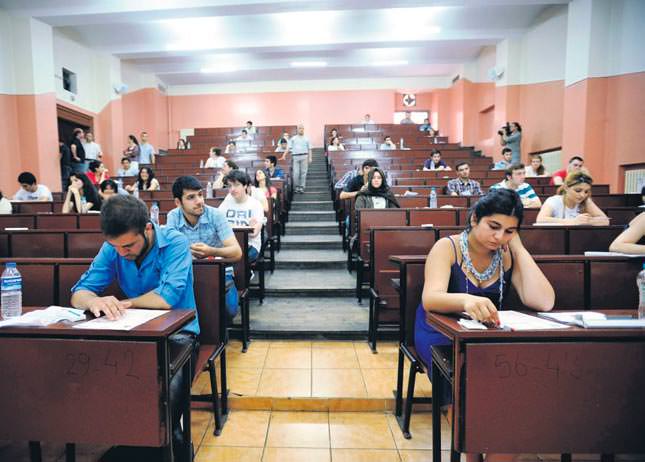 In response to the latest developments concerning the ongoing feud between the Gülen Movement and AK Party, Turkey's Parliament has approved the legislation which will order the closure of private preparatory schools run by controversial imam Fethullah Gülen's movement.
Lawmakers set a deadline of Sept. 1, 2015 to shut preparatory schools where millions of students are enrolled to prepare for high school and university entrance examinations. The law allows some of the prep schools to be converted into private schools and allows the Ministry of Education to recruit some of the teachers in prep schools to work in public schools.

One Turkish official who spoke on condition of anonymity said that preparatory schools deprived Turkish citizens of "equal opportunity," giving students from rich and influential families the opportunity to enter universities and hold higher posts in the state and its institutions at the expense of people with limited resources.

Prime Minister Recep Tayyip Erdoğan has also criticized prep schools. During an election campaign speech on Saturday in the city of Denizli he said, "If your children are enrolled at these schools, take them out. State schools are efficient enough to get prepared for the entrance examinations."

Cemil Keskin, who is the CEO of Birikim Education Group, comprising 12 private preparatory schools and nine primary and secondary schools, acknowledged that an education in a prep school can have negative effects. "Children start to go to preparatory schools when they are fifth-graders and they keep going until they become a university student, which has a negative influence on their personality development," he said.

In regard to new regulations on national exams for secondary school and university admission, Keskin said, "the new education system will end the necessity of private preparatory schools because students will not be exposed to examinations that are applied just once after a three-year education program. "The current education system causes students to prioritize the private preparatory school and students push the formal school into the background. However, the new system will have students take exams each year and universities will apply their own acceptance exams. This way students will be saved from spending their time in preparatory schools," he noted.

Keskin emphasized that the current system encourages parents to enroll their children in private preparatory schools. "No government would dare to change that system because the system has been serving well-known interest groups which have been recently [referred to] as the parallel structure (Gülen Movement)."

"The government offers private preparatory school owners the option to turn their enterprises into fully equipped schools under the new regulations.To achieve this aim, the government will allocate public property fields free of charge for 25 years to investors in order to build new schools with fitness centers, labs and art classes," Keskin said.

Keskin added that this issue has been discussed by officials for years and the handover should be completed on schedule. "Correlating the new education system law with recent political conflicts involving the Gülen Movement is a really big mistake," the CEO of the Birikim Education Group Cemil Keskin told Daily Sabah. Keskin stressed that in order to make the new regulation function better, the government should lift the value-added tax on private schools and pay social insurance bills of staff working in private schools.