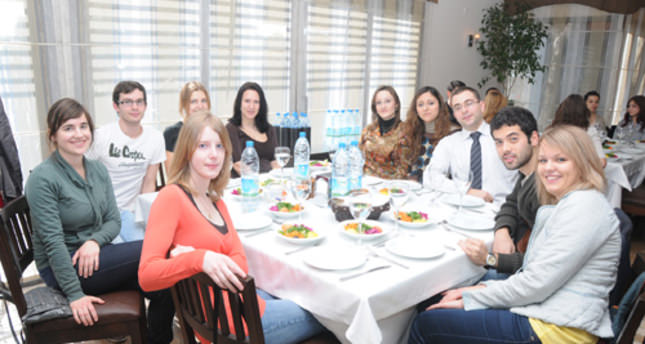 by AA Mar 23, 2014 12:00 am
ISTANBUL — The latest statistics show the number of foreign students attending schools in Turkey rose to 54,000 from 31,170 in the past decade. Turkmenistan stands out among countries with highest number of students attending Turkish schools. Turkey's rise in the region as an economically and politically stable country and the improvement of education quality at universities contributed to the ascending number of foreign undergraduate and graduate students.

Istanbul University leads the list of universities attended most by foreign students with 4,519 students from various countries attending university's various faculties. It is followed by Ankara University in the capital with 2,660 students and 2,439 students with Marmara University of Istanbul. Turkmenistan tops the list of countries sending most students to Turkish universities with 6,861 students and it was followed by Azerbaijan with 6,703 students. A total of 4,266 students from Turkey's eastern neighbor Iran ranks third in the list.

The high number of students from Turkic-speaking countries is attributed to Turkey's relaxation of admission conditions for students from those countries and abundant scholarships.

In terms of providing better education, the government aims to cut down the number of students per lecturers from the current 21. Another plan is providing incentives for universities to open campuses abroad.