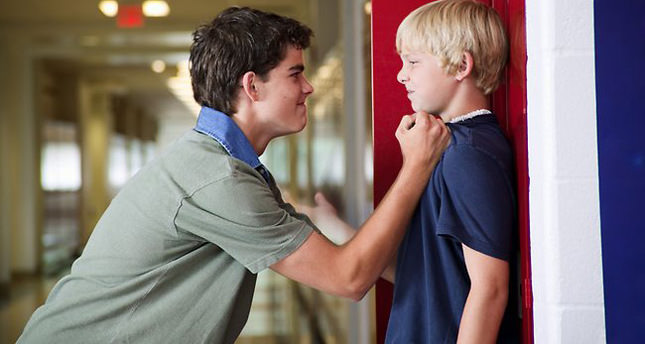 by Daily Sabah Apr 25, 2014 12:00 am
ANKARA — The Ministry of National Education is considering measures against violence plaguing schools. The ministry already set up a database for immediate update on disciplinary investigations and inspections at schools across the country.

Data on concluded investigations will be coupled with a planned survey on incidents of violence, sexual harassment, smoking and drug use among students. The ministry will implement measures in cities and towns where a high number of such cases are recorded.

The ministry will also closely monitor the academic performance of students at each school and cases of violence between students to plan measures to prevent crimes and take steps on how to help students failing due to violent school environments.

The most recent study on school violence was in 2012 and it indicated that half of 10,000 students interviewed were subject to violence perpetrated by their classmates, mostly in the form of bullying and damaging student's possessions, as well as being ostracized from extracurricular activities.

Violence perpetrated by students is not confined to targeting fellow students. In 2012, a teacher was stabbed to death by her 14-year-old student in the western city of İzmir when she argued with him over his tardiness. Teachers also turn to violence in some cases. In 2012 in the eastern province of Ağrı, a teacher, angry at a student bantering with a classmate, beat him. The elementary school student was hospitalized. In Istanbul's Bağcılar district, a thirteen- year-old student died of internal bleeding after he was beaten by classmates.