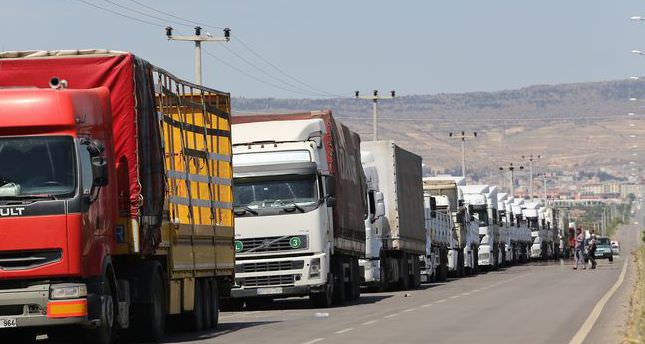 by Daily Sabah Jun 19, 2014 12:00 am
In a recent statement, the Ministry of Foreign Affairs updated the list of dangerous cities in Iraq, increasing the number to 15 with the addition of Karbala, Wasit, Maysan, Al-Qādisiyyah, Al Musenna and Nasiriyah.

They stated that there are around 4,000 Turkish citizens and 9,690 Turkish trucks in Iraq as well as that they are working toward establishing coordination with the International Transportation Association.

The ministry has also announced that since the beginning of the crisis, from June 11 to June 18, 6,990 people had flown to Turkey from Iraq with Turkish Airlines and that 31,308 people had come overland on main roads. The statement noted that 3,500 Turkish citizens left Baghdad, Najaf and Basrah with 200 citizens gone to Kuwait and Iran by road, 4,540 citizens gone to Iraq from Turkey by air and 26,772 traveled on main roads.

The ministry also stated that security forces located in southern Iraq have moved north to engage the militants of the Islamic State of Iraq and al-Sham (ISIS). They added that a number of groups have been taking advantage of the vulnerability in security by spreading propaganda aimed at Turkey. Also occording the the ministry, 71 citizens have remained at the consulate, embassy, and cultural centers in Iraq since the crisis began.