Constitutional Court to decide on fate of prep schools 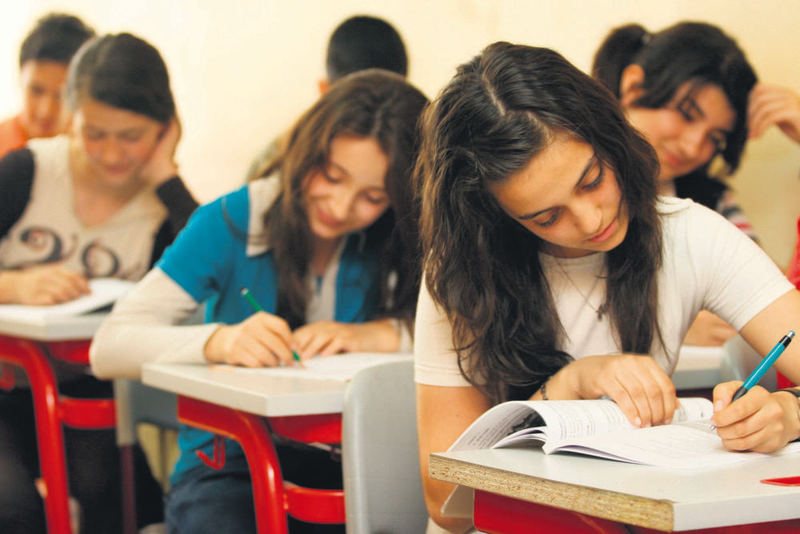 Prep schools will be closed down in September, but they have the option of being converted into private schools.
by Daily Sabah Jul 09, 2015 12:00 am

The Constitutional Court is preparing to greenlight or block the government's decision to close prep schools, a popular recruiting spot for the controversial Gülen Movement

Turkey's Constitutional Court will rule on Monday on the closure of prep schools that proved to be a thorny issue for the government due to opposition by Gülenists.

"Dershanes" (prep schools) are supposed to be closed by September 2015 in line with new regulations that came in after a 2013 decision by the government to shut down the schools all across the country. The Gülen Movement, a religious group turned into a shady political movement, had staunchly opposed the move, as Gülenists control a vast network of prep schools in Turkey. The government has introduced a plan of incentives for converting prep schools into "kolejs" (private schools).

Opposition parties had applied to the Constitutional Court, the top judicial authority with the power to cancel laws, for the abolition of the regulations to close prep schools. The court is expected to hear National Education Ministry officials and prep school operators on Sunday before issuing its final verdict on Monday.

The government purports that prep schools violate the principle of equal opportunity, as these schools claim to offer better education for moneyed students seeking admission to top universities. The government had introduced free courses for high school students preparing for university entrance exams, though the exams, which require an ardent course of study and have been criticized for determining students' success gathered over the years only in two hours, have not yet been abolished.

National Education Ministry officials said in defense of the regulation that the bill rather aimed to boost the efficiency of private enterprises in the education sector rather than curbing the private sector. The ministry said only 25 percent of students in Turkey benefited from prep schools, and varying tuitions imposed by prep schools created inequality for all students. The ministry also cited that free courses, a new high school entrance exam more compatible with the curriculum, as well as improvements in the university entrance exam helped maintain equal opportunities for students.

Prep schools, tasked with preparing students for the nationwide university entrance examination, emerged in the 1970s as a result of a problematic educational system. It then turned into a lucrative source of income for organizations running educational institutions across the country, particularly the Gülen Movement. The breaking point between the movement and the government came in November 2013, after the government moved to shut down the prep schools. The government's move caused uproar within the Gülen Movement, which has gained both funding and a steady stream of recruits through its prep schools.

The Gülen Movement's prep schools, known for their success in having the most students with successful university entrance exam scores, have long benefited from a crumbling education system where university hopefuls had to pursue extracurricular tutoring in order to gain better scores on the exams. Gülenist prep schools, on the other hand, face accusations of enticing students into the movement, which is known for its widespread infiltration of state agencies, the police and the judiciary.
Last Update: Jul 09, 2015 10:22 pm
RELATED TOPICS