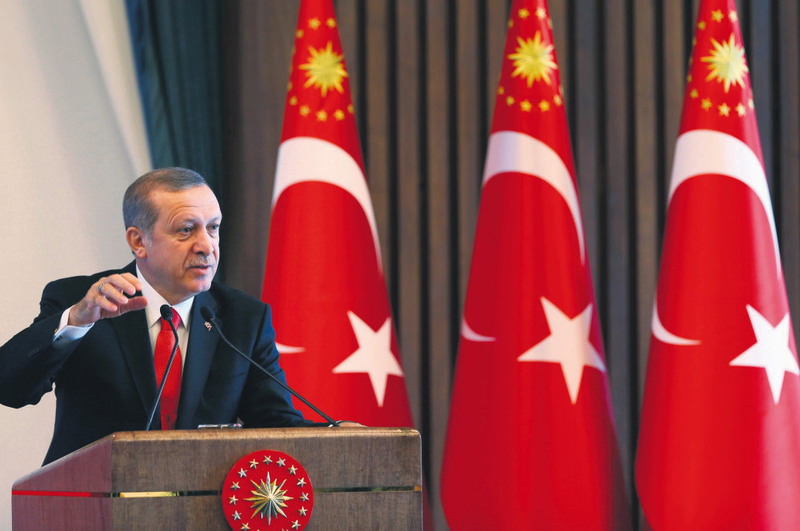 by Daily Sabah Dec 11, 2015 12:00 am
President Recep Tayyip Erdoğan Thursday hosted the presidents of universities in southeastern and eastern Turkey, recently plagued by a campaign of terrorism by the PKK.

Turkish media reported that the presidents of 24 universities conveyed problems the universities faced and Erdoğan assured them of the state's support to academic staff. University presidents speaking to the media said they spoke about the challenges faced by academics in terms of lodgings and request for overall improvement of their rights to attract more academics to the region, which suffered for decades from underdevelopment because of deteriorated security.

Erdoğan told university presidents that problems the regions faced were "temporary" and Ankara will ensure a continuation of education at the universities, Turkish media outlets reported.

The meeting also focused on "diversification in the universities' missions" and the "role of universities in regional development," Sabah newspaper reported. The president said at the meeting that universities may contribute to the development of the region, especially by helping improve agriculture in Şanlıurfa and Batman provinces where an oil refinery is located.
RELATED TOPICS