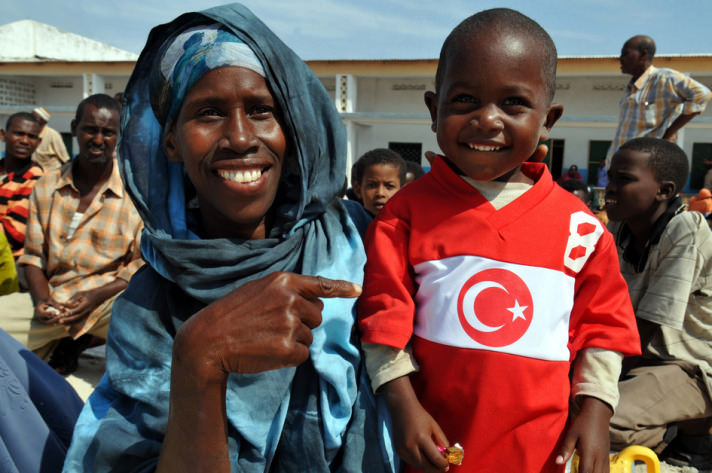 | AA Photo
by Anadolu Agency Feb 25, 2016 12:00 am
A maternity and children's hospital in Somalia's capital built by a Turkish aid organization has opened.

The 27,000-square meter hospital in Mogadishu has been stocked with equipment and medicines from Turkey.

Danisman touched on the Humanium international child sponsorship NGO statistic that Somalia's infant mortality rate is traumatically high "with an average of 180 deaths for every 1,000 births".

According to the Turkish Disaster and Emergency Management Authority (AFAD), Turkey has carried out humanitarian work across over 40 countries in four continents to help those in need after an earthquake, flood, fire, civil war or famine hit a region.

The total amount of Turkish aid for Somalia thus far has reached $500 million.

The UN has said an estimated 857,000 people inside Somalia are currently "in crisis and emergency conditions", while almost two million Somalis suffer from food insecurity. Another million are refugees in neighboring countries.
Last Update: Feb 25, 2016 6:11 pm
RELATED TOPICS