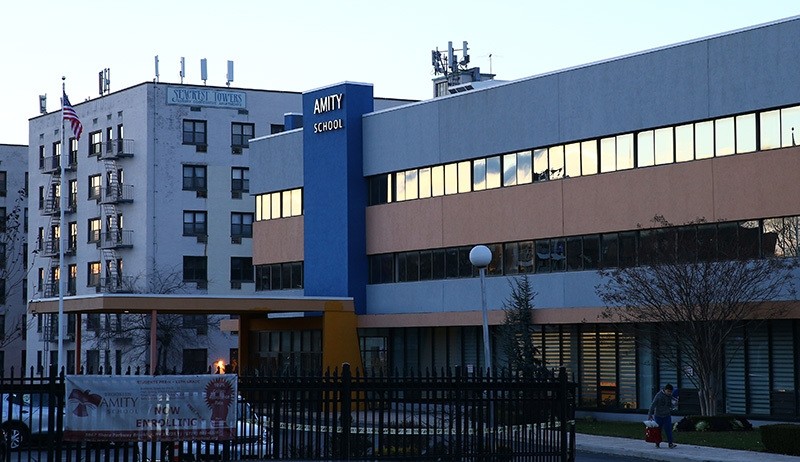 The Gülenist Terror Group (FETÖ) has put up one of its private schools in Brooklyn, New York for sale due to economic problems, reports said on Wednesday. The terror group's U.S.-based schools have frequently been scrutinized for a number of irregularities and have been raided by the Federal Bureau of Investigation (FBI).

The Amity School, which was put up on sale via Cushman & Wakefield Company, is located in a 7-square-meter field in Brooklyn, New York. No details about the private school's sale price are yet to be mentioned on the sale advert.

According to information posted on the official website of the school, 256 students have been receiving education since 1999.

FETÖ runs a global network of charter and private schools, from Africa to Central Asia but mostly in the U.S. to gain income and impose its ideas to the students.

Residing in Pennsylvania since 1999, FETÖ's leader Fetullah Gülen is the man who controls these schools and the $500 million annual income.

FETÖ[Office1] is the terror group not only behind the failed July 15 coup attempt but a string of crimes including two previous attempts to overthrow democratically-elected government in Turkey, money laundering, sham trials and imprisonment of its foes through its infiltrators within the police and judiciary systems, as well as the state apparatus.

Several countries, including Chad, Guinea, Iraq, Pakistan, Rwanda and Somalia, took action following the July 15 coup attempt regarding FETÖ schools in their respective countries to be transferred to the Turkish Maarif Foundation.