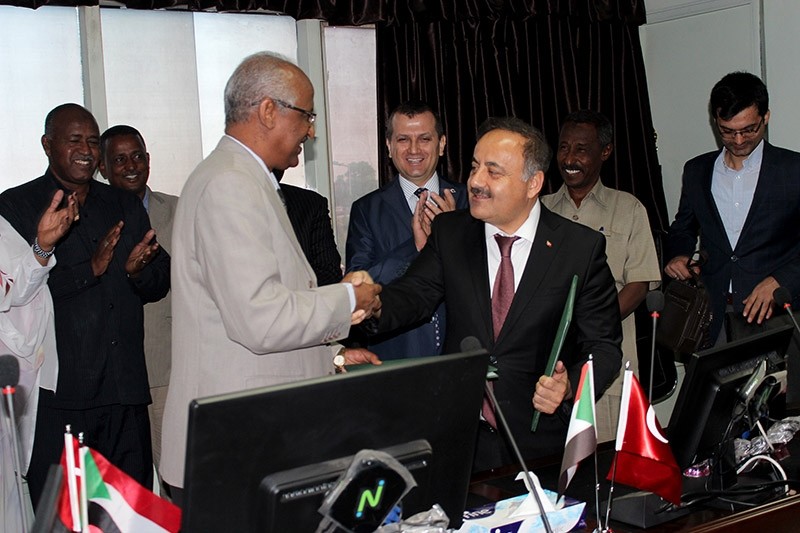 Sudan has signed an agreement with the Turkish Maarif (Education) Foundation to hand over Gülenist Terror Group (FETÖ)-affiliated schools running in the country.

Stressing that it is "pleasing" to see Sudan fight FETÖ, Yavuz said two schools will re-open shortly under the Maarif Foundation.

The Sudanese education minister underscored that the brotherly ties between the two countries have been further strengthened with the agreement.

"We shut down FETÖ associations in Sudan after the July 15 [coup attempt] and deported its members," Abdurrazik said.

Sudan has become the 12 country with the agreement to hand over FETÖ-affiliated schools. The Maarif Foundation has so far taken over 25 schools, 14 buildings and 13 dormitories in Somali, Guinea, Niger and Sudan.

Other agreements were signed with Senegal, Mauretania, Chad, Gabon, Burkina Faso and Madagascar.

The head of the Maarif Foundation Professor Birol Akgün told Daily Sabah last month that they aim to be active around the world within five years, and underlined that the foundation will create educational mechanisms that represent a Turkish vision and promote the Turkish language.

The foundation, which was established six months ago, was named after an Ottoman-Turkish word for education that comes from the Arabic word for knowledge or wisdom. The foundation addresses the educational needs of the Turkish community abroad, offering Turkish-style education in other countries.