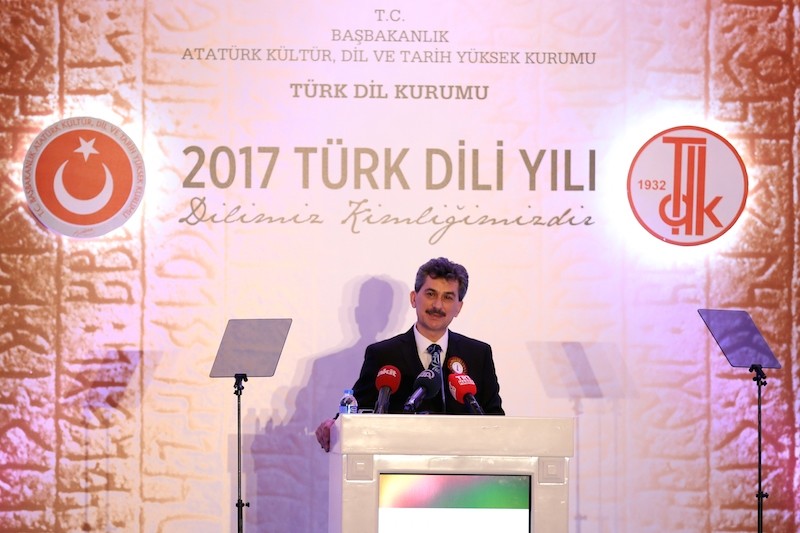 President of the Atatürk Supreme Council for Culture, Language and History, professor Derya Örs has said that the Turkish language should grow using its own words, instead of adopting "incomprehensible" and "tasteless" vocabulary from Western languages, during a speech at the annual Turkestan and Turkology Congress in Kazakhstan.

The congress took place at International Hoca Ahmet Yesevi University in the city of Turkestan, which was declared the Turkic World Cultural Capital during the spring festival of Nevruz.

Professor Örs explained that the Turkish world has more than 220 million inhabitants who speak a Turkic language, and its roots, beliefs and traditions are formed by a great cultural geography.

"By bringing this kind of cultural activity together, we have demonstrated our unity, our coexistence and highlighted the importance, magnitude and place of the Turkish world, which has been re-established in the 21st century," Örs said.

Reminding the crowd that the Atatürk Supreme Council had declared 2017 the year of the Turkish language, Örs said the focus tends to be on Turkey's Turkish, but there are many Turkic dialects and all languages are involved.

"We want to grow our language using our own words, instead of the incomprehensible, tasteless vocabulary from Western tongues," Örs stated.

"We will gladly pursue various activities in order to protect and develop our language with the same sensitivity in 2017, along with the big and independent countries of the Turkic world," he added.

The South Kazakhstan Governor Canseyit Yuyembayev attended the conference and said this process should not only take place in 2017, but that every year should be declared a year of the Turkish language, and said, "I think a joint Turkish language project will absolutely be done."

Mustafa Ruhi Özbilgiç, the Deputy Undersecretary of the Ministry of Culture and Tourism, Darhan Kıdıralı, President of the International Turkish Academy, Hoca Ahmet Yesevi University Chairman of the board of trustees, Musa Yıldız, and International Secretary of Turkish Culture (TÜRKSOY) General Secretary Düsen Kaseinov, as well as a large number of scholars and students attended the conference.