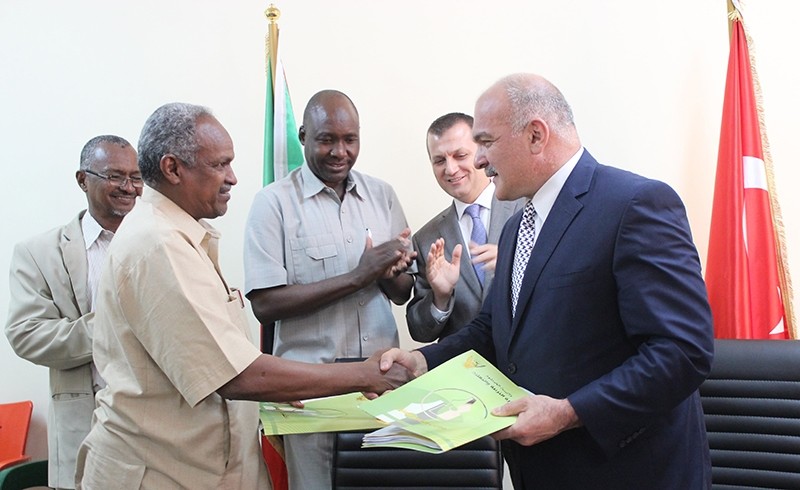 Schools run by the Gülenist Terror Group (FETÖ), which is accused of carrying out a brutal coup attempt in Turkey, have been transferred to the Turkish Maarif (Education) Foundation, reports said Saturday.

Mustafa reportedly handed the keys of the school to the ambassador after an agreement was signed, and delegations from both countries reportedly inspected the schools.

According to the agreement, in the 2017-2017 school year, the Maarif Foundation will run a total of five schools and two dormitories previously under the control of FETÖ.

He also assured students that the school will be ready by the new school year and will ensure that they are not affected.

Turkey has asked several countries worldwide to shut down dozens of schools, colleges and businesses linked to the FETÖ network in the wake of the July 15 coup attempt.

According to the Turkish government, FETÖ leader Fetullah Gülen - a resident of the U.S. state of Pennsylvania - is accused of being the mastermind behind the foiled July 15 coup attempt in 2016. ​

Ankara says FETÖ is behind a long-running campaign to overthrow the Turkish state through the infiltration of Turkish institutions, particularly the military, police and judiciary. The terrorist group is also known for operating hundreds of school under the auspices of its network around the world.

Maarif Foundation aims to be active around the world within five years, and plans to create educational mechanisms that represent a Turkish vision and promote the Turkish language.

The foundation was named after an Ottoman-Turkish word for education that comes from the Arabic word for knowledge or wisdom. The foundation addresses the educational needs of the Turkish community abroad, offering Turkish-style education in other countries.