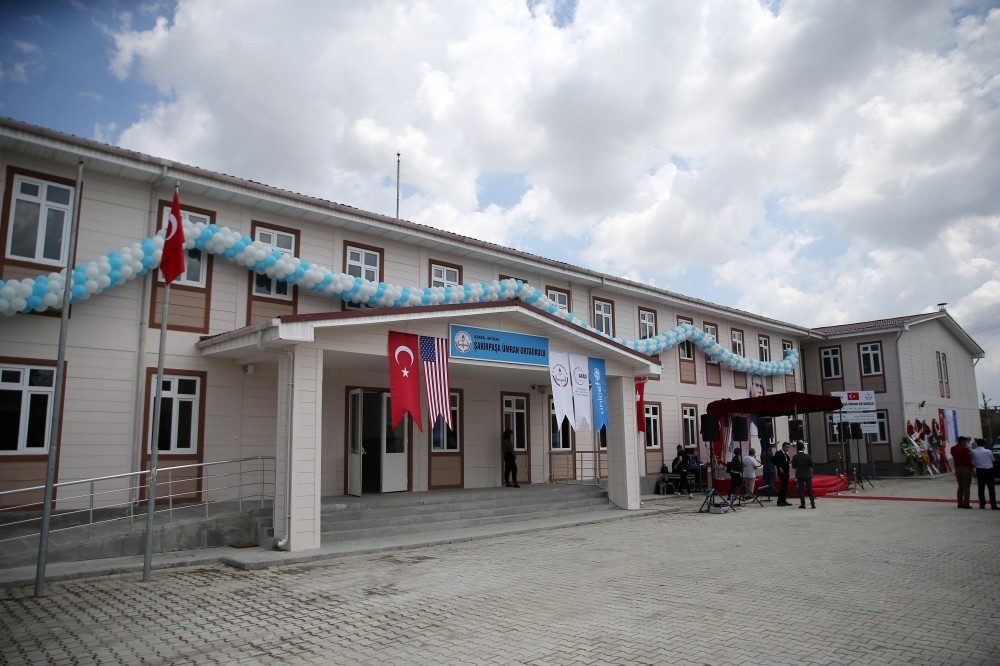 Turkish and U.S. officials opened a school for 1,600 Syrians built by the United Nations Children's Fund (UNICEF) with funds from the United States.

The U.S. ambassador to the United Nations, Nikki Haley, was among those who attended the ceremony in the southern city of Adana Wednesday. The 32-classroom school, using double shifts, will also serve Turkish children.

The Disaster and Emergency Management Authority (AFAD), the main state-run agency handling Syrian refugees' accommodation needs, coordinated the construction of the school that will partly address concerns of the "lost generation," Syrian schoolchildren forced to drop out of school.

Syria is mired in an ongoing civil war that displaced millions, and Turkey hosts the largest number of displaced Syrians with about 3 million.

Speaking at the ceremony, Orhan Erdem, the deputy education minister, said about 500,000 Syrian children are in the education system and numbers were gradually rising.

Meanwhile, Nikki Haley thanked Turkey and the Turkish public for generosity towards Syrians. She said that the American people were thankful that Turkey is taking in so many Syrian refugees.