Nearly half a million Syrian children receive education in Turkey 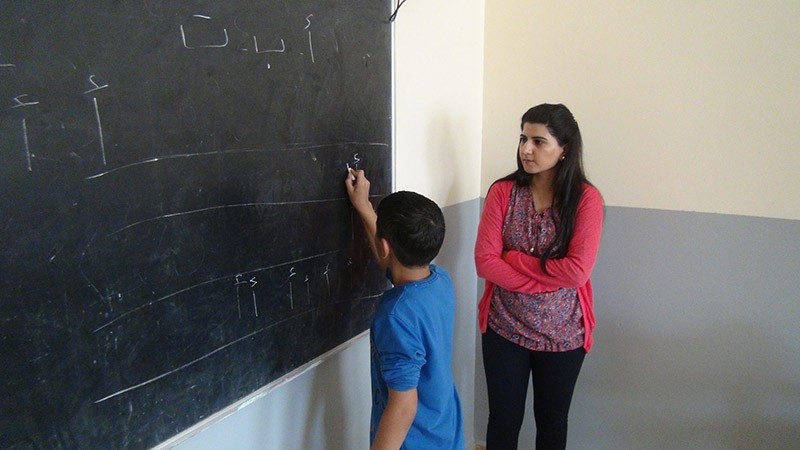 "While a curriculum was being prepared for these students to study in their mother tongue in the temporary schooling centers, 15 hours of Turkish lessons were added, so the students would be able to learn Turkish," Yılmaz said.

According to the education minister, the Syrian children will study Turkish along with academic courses and gradually transfer to the ministry-run schools.

"The Syrian students will be studying according to the Turkish educational system and its curriculum, but will also take additional courses of Arabic language and culture so they do not forget their own identity," Yılmaz said, adding that the education ministry plans to build 105 schools in places densely populated by Syrians by 2019, 30 of which are already operational.

Yılmaz also said that the Ministry of National Education, the Ministry of Family and Social Policies and the UNICEF signed a conditional education aid protocol, which aims to help Syrians in need.

"Along with the protocol, we already provided financial aid to those studying in public schools, and we are planning to start paying students in temporary schooling centers in July. This aid aims to reduce absenteeism among Syrian students," he said.