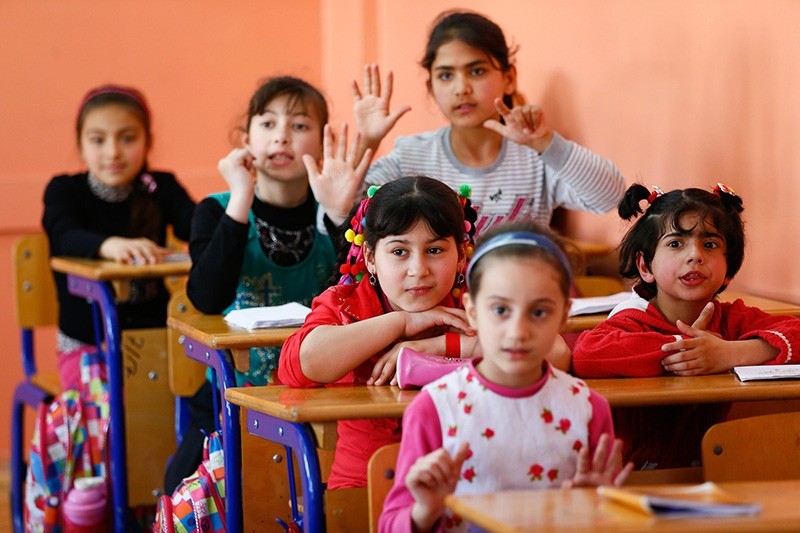 Turkey, the European Union and UNICEF have formally launched an EU-funded project aiming to encourage Syrians and other refugees in Turkey to enroll their children in schools and prevent them from dropping out.

Through the program, which was officially inaugurated Thursday in Ankara, families are set to receive conditional cash payments in return for sending and keeping their children in school. As many as 56,000 refugee children have been registered in the program since it was announced in Brussels in March. Authorities hope to reach 230,000 children by the end of the year.

The program will be coordinated by the Ministry of Family and Social Policies, the Turkish Red Crescent (Kızılay), and the Prime Ministry Disaster and Emergency Management Authority (AFAD).

Speaking at the ceremony, Afshan Khan, UNICEF regional director for Central and Eastern Europe and the Commonwealth of Independent States (CEE/CIS) and the special coordinator for the Refuge and Migrant Crisis in Europe, thanked the Turkish government and its citizens for hosting more than three million refugees, noting that Turkey has been the most generous country, especially when compared with Europe, as the country now hosts the largest number of refugees in the world.

Christos Stylianides, the EU commissioner for humanitarian aid, said: "education ... is the best way to prevent lost generations, it is a strong shield against radicalization, against forced recruitment and against forced marriages."

During her speech, Kaya noted that less than one-third of the three billion euros promised by the EU as part of the migrant deal had been transferred to Turkey. She stated that the improved EU relations following President Recep Tayyip Erdoğan's Brussels visit, combined with the conditional education aid program, would contribute positively for speeding up aid for the migrants.

Turkey currently hosts over one million school-aged refugee children, of which nearly 500,000 are enrolled schools and temporary education centers run by the Ministry of Education, Kaya said.