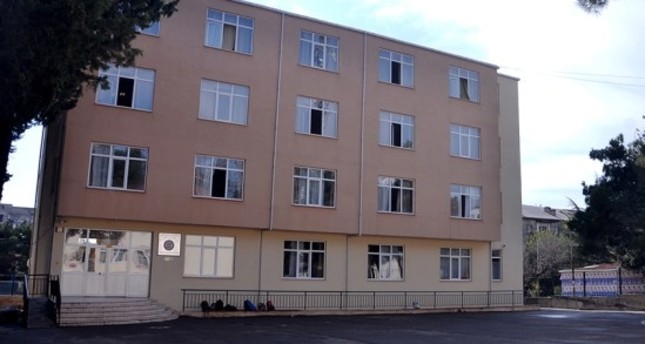 The Georgian Ministry of Education on Wednesday revoked the teaching authorization of Demirel College, a Gülenist terror group (FETÖ)-linked school, in capital Tbilisi.

Gia Murghulia, the deputy head of the ministry's Council of Authorization of Secondary Schools said in an interview with Georgian website OC Media that the officials decided not to renew the license over "several wrongdoings and major errors with signs of criminality."

Mustafa Emre Çabuk, a manager at the college was arrested in the Georgian capital on May 24 over terror charges, and his extradition to Turkey is on the table.

Following the Gülenist manager's arrest, Minister of Education Aleksandre Jejelava said that Turkey has never demanded that Çabuk be arrested.

"We are doing our best to defend students from ideological pressure," the official said.

Pupils in Gülenist schools are indoctrinated to be loyal to FETÖ leader Fetullah Gülen, who has been living in self-imposed exile in Pennsylvania since 1999.

FETÖ runs a global network of schools, from Africa to Central Asia, where it recruits more followers into the group.

Some of FETÖ's schools in the U.S. are also currently under investigation by the FBI for irregularities, unlawful profit, corruption, fraudulent contractual tenders and forgery of documents.

Share on Facebook Share on Twitter
Previous in Education The Ihsan Academy, a month-long intensive summer course on Islamic... Next in Education İbn Haldun University based in Istanbul is attracting Arabic students...
DAILY SABAH RECOMMENDS