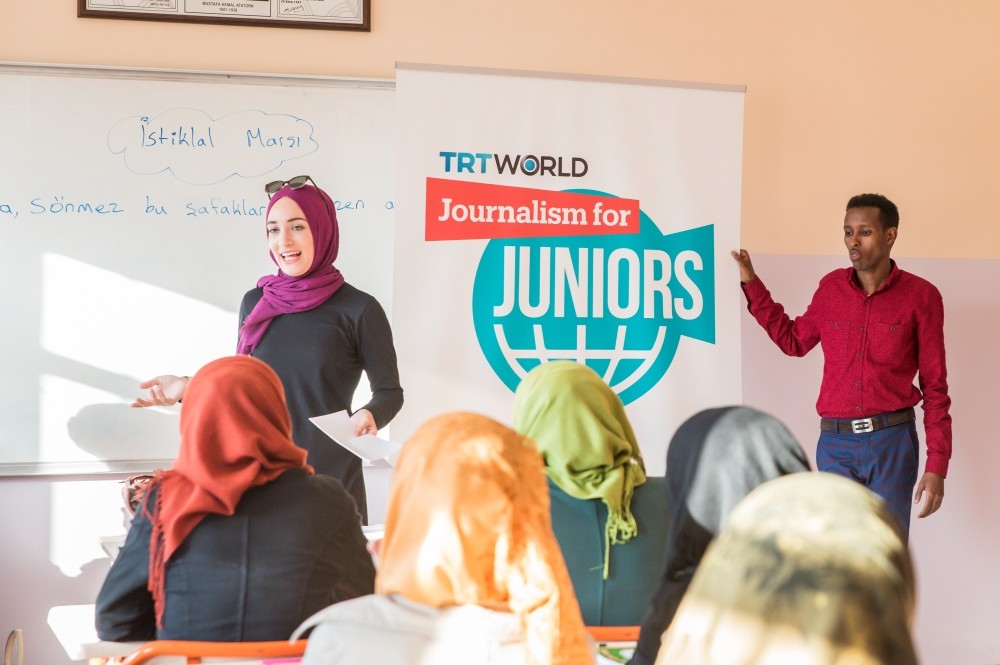 TRT World employees train young Syrians on journalism in a program in Nizip refugee camp.
by Daily Sabah Oct 04, 2017 12:00 am

A new project by TRT World, the English-language channel of public broadcaster TRT, introduces young Syrian refugees to the world of journalism. In a refugee camp in southern Turkey, 40 youths between the ages of 14 and 18 participate in the classes, which aims to endear more to the profession. Boys and girls are offered both storytelling classes and training in mobile journalism, as well as creative writing. TRT officials say the project in Nizip refugee camp, where thousands who fled civil war in Syria took shelter, will be launched in other camps too.

Aida and Kawkab, two young trainees who attended the project, say they learned how to use social media in terms of journalism and were educated on fake news and its impact on daily life.

Hassan, a ninth grader who participated in the training, says he never thought about what he would do in the future but the training made him aware of opportunities outside the camp and "how much they can do."

Turkey hosts more than 3 million Syrian refugees in the sixth year of conflict that devastated the southern neighbor of the country. It has the largest Syrian refugee population in the world, though only about 230,000 refugees stay in camps. Most make out a living in cities across Turkey and work in menial jobs. Offering citizenship to selected Syrians, Turkey tries to tap into the potential of skilled refugees such as academics. In most refugee camps, unskilled Syrians, such as housewives, are offered vocational training. The country also works to increase the number of Syrian children enrolled in the Turkish education system by placing them in public schools or temporary education centers exclusively catering to Syrian children.