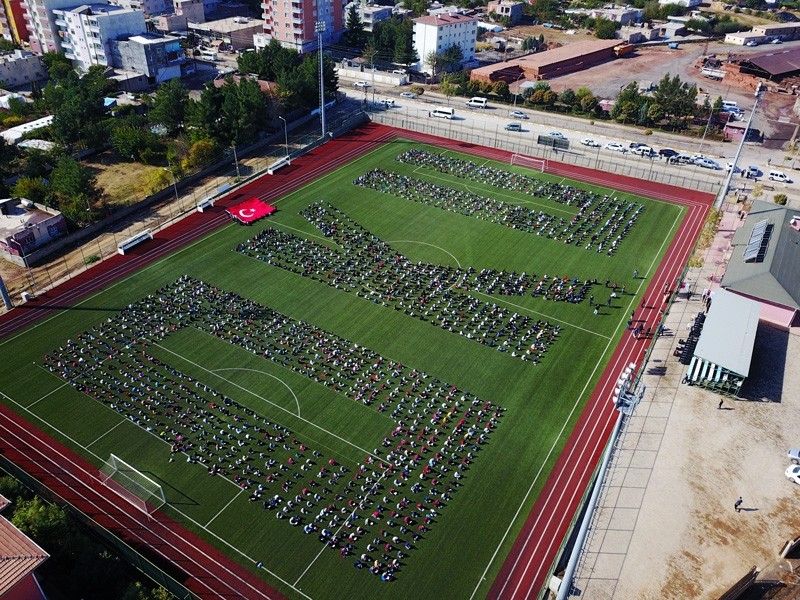 Around 2,000 students came together at a stadium in Turkey's southeastern province of Batman to read books to show "Batman reads everywhere" and promote the love of reading.

The students then gathered on the field to create a human formation of the word "oku", which means "read" in Turkish.

"With this message we wanted to symbolize the first order of the Muslims' holy book Quran, which says 'read'," said governor Osman Bilici, emphasizing the importance of reading in raising strong, educated individuals in society.

The event was held as part of a project launched by the city's governorate to promote books, literacy and student engagement.