School's out for millions as break begins 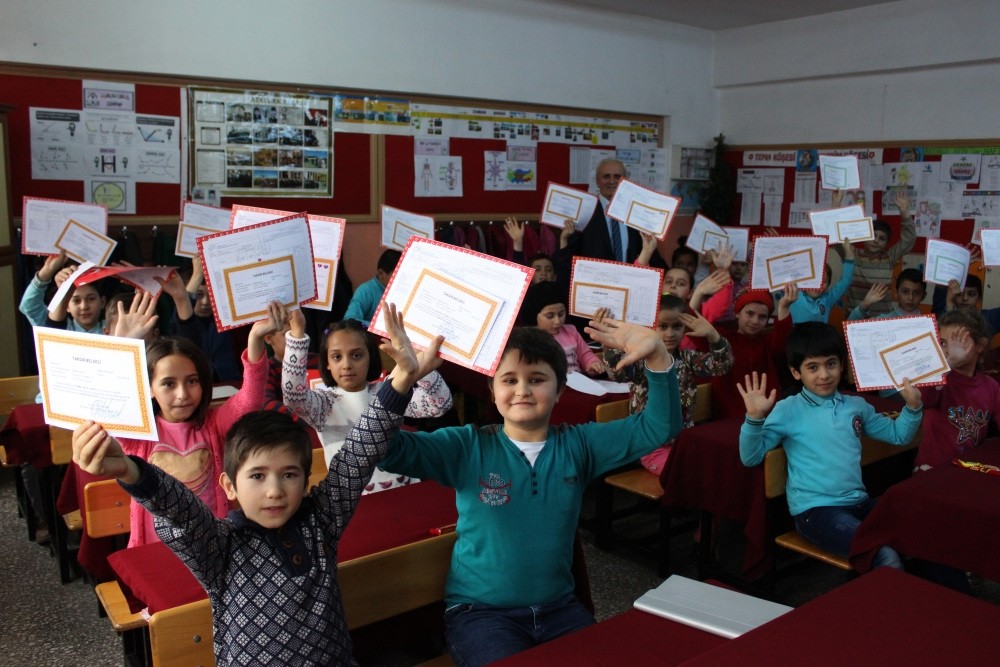 Children at a school in the northern Turkish province of Tokat's Erbaa district show their report cards.
by Daily Sabah with AA Jan 20, 2018 12:00 am

Some 18 million students wrapped up the first term of the school year Friday in traditional ceremonies where they were given report cards. A two-week break will see a dwindled population, especially in big cities. Tourism businesses count on families on vacation in the off-season in the country's south while residents of Istanbul, the country's most populated city, can breathe a sigh relief for two weeks without thousands of school buses in traffic. Atatürk International Airport in Istanbul was swarmed with families within hours of the end of report card delivery ceremonies. Officials struggled to cope with the crowds of passengers traveling to popular vacation resorts in the Mediterranean cities and abroad.

Thousands of Syrian schoolchildren who fled their war-torn country were among those who received their report cards. Turkey strives to ensure access to education for hundreds of thousands of children who were forced to leave school after fleeing their country to Turkey. Around 73,000 Syrian students received their report cards in Şanlıurfa, the city with the most Syrian refugees in the country. The Sirrin Temporary Education Center in the city handed out various gifts to successful students.