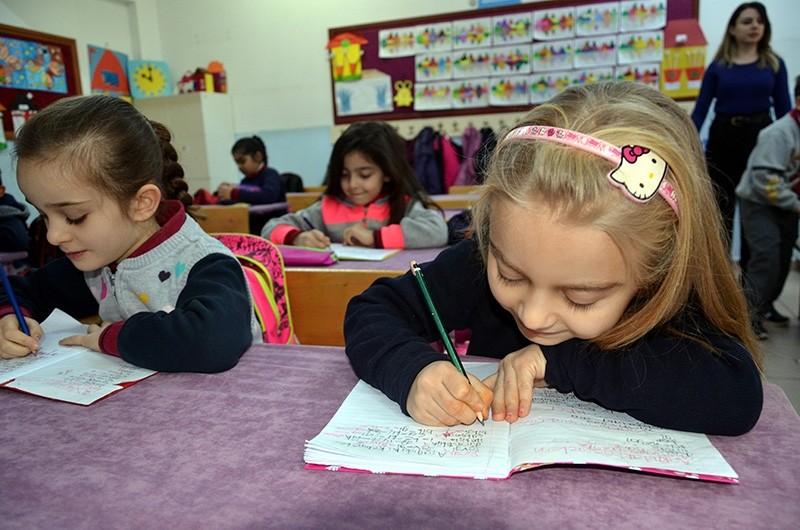 Nearly 18 million children headed to school in Turkey on Monday for the start of their second term in the school year, bringing a spike in traffic volumes across the country.

Yusuf Tekin, undersecretary at the National Education Ministry, on his Twitter account wished all students a "successful" new term.

"Short vacation is over. Schools will rejoice. Our teachers are meeting their children, their students. I wish everyone a good and successful new term," Tekin added.

Students and teachers gathered to sing the national anthem before heading to classes.

In four districts of southern Hatay province bordering Syria, including Reyhanlı, Hassa, Kırıkhan and Kumlu, the mid-break of schools was extended until Feb. 12 in accordance with an announcement from the governor's office.

Similarly in Kilis province, the semester break at schools was extended for another week until Feb. 12.

Both Kilis and Reyhanlı have been targeted in rocket attacks by PKK-affiliated People's Protection Units (YPG) terrorists from Syria's Afrin, killing seven civilians and injuring more than 80 people.