Turkey rings in new school year with millions back in class 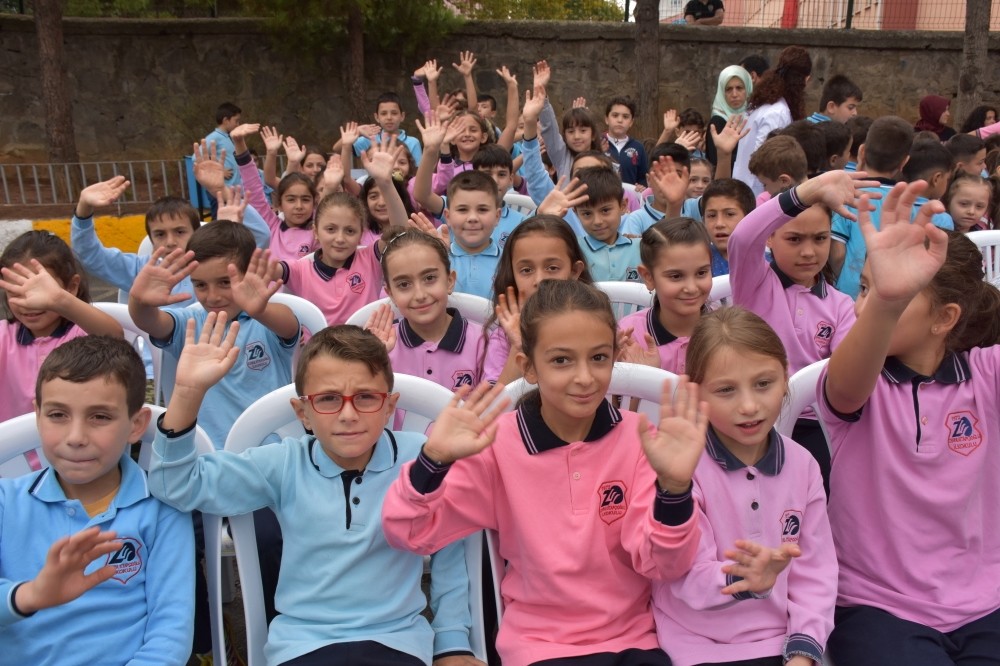 For nearly 18 million primary, middle and high school students, the educational year started yesterday. It will end on June 14.
by Daily Sabah Sep 18, 2018 12:00 am

With the start of the new school year, close to 18 million students made their way to class yesterday, creating a sense of hope for the future with their excitement and a lot of traffic

The new school year for primary, middle and high schools started across the country yesterday with around 18 million students and more than a million teachers starting a marathon that will last until next June.

For some, school started a week early. The Education Ministry launched a orientation week last week for around 1.3 million students who started school this year. The same process took place for 1.15 million starting middle school and 1.2 million starting high school.

With the start of the school year, the much-feared but expected traffic congestion on the roads of large cities returned. The schools' private shuttle services, 18,000 of which were on the streets of Istanbul yesterday morning alone, are seen as a major source of the congestion.

Reports said traffic in certain main junctions across Istanbul was high, with traffic police out in full force to check school shuttles for safety regulations.

The Istanbul Metropolitan Municipality made all public transportation free of charge between 6 a.m. and 2 p.m. yesterday to encourage their use but still, major traffic jams were seen across the city.

The government recently announced a 100-day action plan for education after Ziya Selçuk, the first education minister in years to have a background in the education sector, was appointed in the largely technocrat government last summer. The plan aims to integrate more schools to a new system, cutting long school hours for millions of students, and seeks to introduce new steps assessing students' success based on their skills and interests rather than grades.

In his written message on the occasion of the new school year on Sunday, President Recep Tayyip Erdoğan hinted at "historical changes" in education.

"With a new administration, we entered a new era, and we are preparing for historical changes in education. I believe these reforms to better raise our children will be achieved," Erdoğan said in his message, noting that families and teachers also hold a lot of the responsibility for improving education.

Parliament Speaker Binali Yıldırım was at Öğretmen Semiha Yıldırım Primary School, which is named after his wife who is a teacher, in Çekmeköy on the Anatolian side of Istanbul yesterday to celebrate the beginning of the year. The school was built in 2012 with a fund provided by Semiha Yıldırım and her children.

Speaking at a ceremony also attended by Education Minister Selçuk, Istanbul Governor Vasip Şahin and Istanbul Metropolitan Mayor Mevlüt Uysal at the school, Yıldırım told students that he wished them much success and happiness, hoping they all will became productive members of society one day. He also praised his wife, Semiha Yıldırım, who he said taught thousands of students over her career, asking all people of wealth to build schools.

Some schools with too many students in their areas divide the day and provide half-day education for two separate groups of students. Yıldırım said by 2020, all schools will be providing a full day of education. He said half-day education was limited to the five or six most populous provinces. He also called on students and teachers to keep their schools clean and safe.The school year started for Syrian children living across Turkey as well as Syrian areas cleared of terrorists. The provincial education chief of Kilis in the southeast, Muhammet Şahinkaya, said while speaking to İhlas News Agency yesterday that Syrian regions cleared of PKK-linked terrorists last year were being provided with education. He added that 85,000 students had started school with their Turkish counterparts. Şahinkaya also said that many schools in Kilis province served both locals and Syrian children.