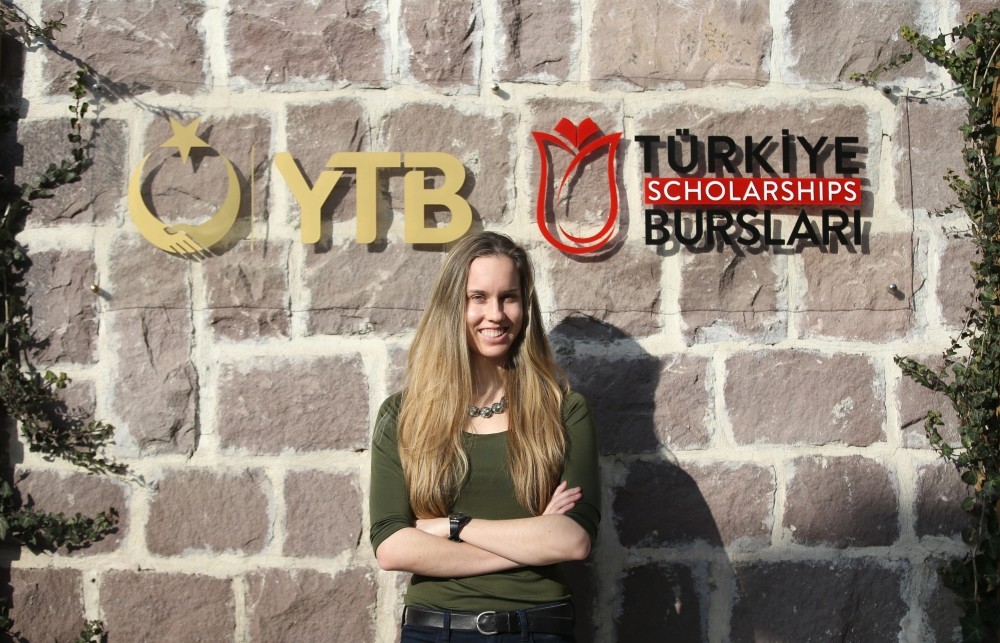 Turkey Scholarships, handed out every year by a state-run agency, draw more and more foreign students to the country. Students spoke about their time in Turkey and the benefits of the scholarship

International students who received scholarships to pursue education in Turkey shared their experiences on studying in the country. They hailed how the Turkey Scholarships provided by the country helped them see new places and create a network of friends.

The state-run Turks Abroad and Related Communities (YTB) provide scholarships to international students every year. Given to the most qualified students, the scholarships are financed by the Turkish government. The scholarship aims to cement cooperation between countries and promote a mutual understanding between people.

Sabbir Hasan from Bangladesh, who studies International Security at the Police Academy, said that he fulfilled his dreams when he started his studies in Turkey in 2015.

Explaining that the Turkish scholarship differs from other international programs, Hasan said it gives students many opportunities such as networking and traveling across the country.

"Turkey Scholarships gives you the opportunity to establish a social environment outside academic life," he added.

Amanda Rewerts from the U.S. - who studies political science and public administration at Ankara University - said despite the challenges she faced because of the initial language barrier she learned Turkish.

"The scholarship opportunity is very good. I can say that there's no scholarship like this in the U.S. I feel very lucky," she said. Rewerts, who arrived in November 2015, said she enjoys the company of her Turkish friends. She says that she she goes to grab coffee with them all the time now.

"I went to the village of some of my friends and I loved every part of Turkey," she said, stating that she also went to northeastern Trabzon province.

Muhammed Ranjit from Mozambique who studies theology at Ankara University said the YTB takes care of the international students not only financially but also morally.

"The YTB is like a family," he said. "Turkey has become my second home and my country."

He said he came to Turkey in 2012 and has never witnessed racism or discrimination yet. He did explain that he had difficulties learning Turkish in the beginning.

About 135,000 students applied for the Turkey Scholarships in 2018. There are a total of 17,500 scholarship students from 160 countries in Turkey who currently benefit from this program.

Turkey launched the program in 1992 and the YTB has been coordinating it since 2012. Thanks to this scholarship program, many international students serve their own countries after completing their education in Turkey and form friendly ties between their countries and Turkey.

Every year Turkey awards scholarships to an average of 7,000 students. After the application process, students are invited to an interview in nearly 100 locations worldwide. Candidates who pass the interviews, which are conducted by scholars and YTB experts, come to Turkey and take Turkish classes in their first year. Afterwards, they are placed in universities according to their preferences. The scholarships include accommodation, food, stipends, as well as insurance and flights to Turkey and back home.