International students meet in Turkey's Çorum to promote their countries 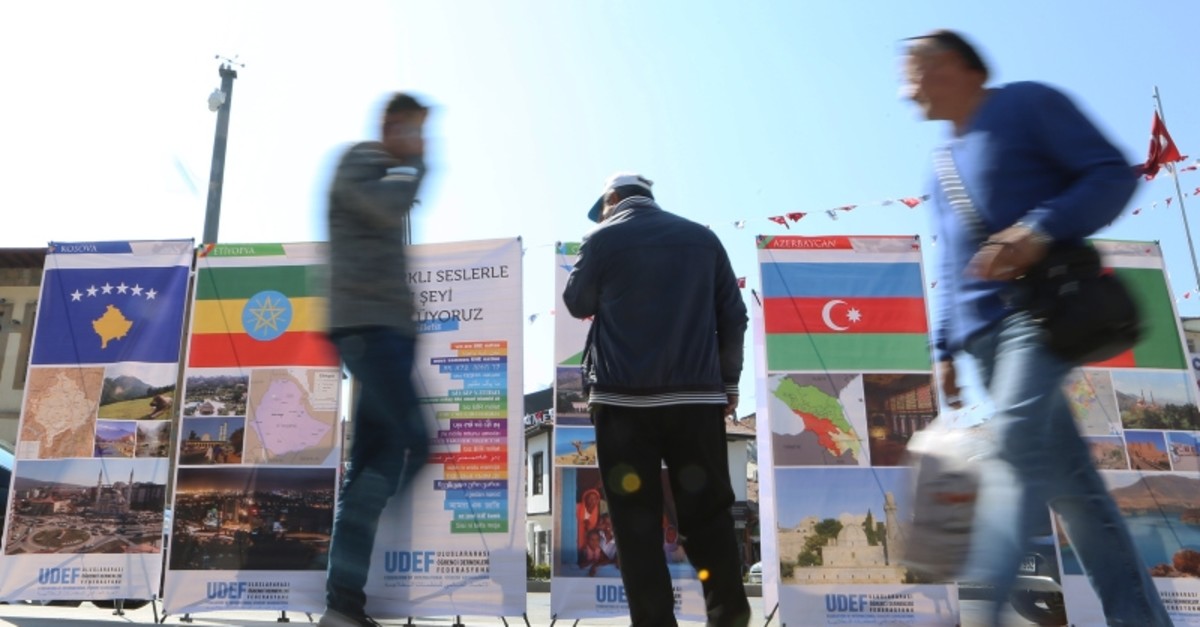 Foreign students who have been studying in Turkey have gathered for the 12th International Students Meeting held in central Turkey's Çorum province to promote their cultures, reports said Sunday.

The International Students' Foundations Federation (UDEF) organized the event in Hürriyet Square, where the students had a chance to open stalls to promote their native countries and cultures.

Food from the cuisines of different countries were also prepared by the students who offered them to the citizens of Çorum, -home to more than 300 foreign students- with an aim to introduce their local cuisines while integrating into Turkish society.

The Vice Chairman of the UDEF Fatih Evran told Anadolu Agency that the organization provides a platform for some 150,000 foreign students studying in Turkey to introduce their culture, adding that the students' meeting is being organized in 50 cities in Turkey.

Evran said similar organizations will take place until May 5 in those cities.

Turkey is home to more than 150,000 foreign students from all across the world. Over 70 percent of these students study at the undergraduate level according to statistics.