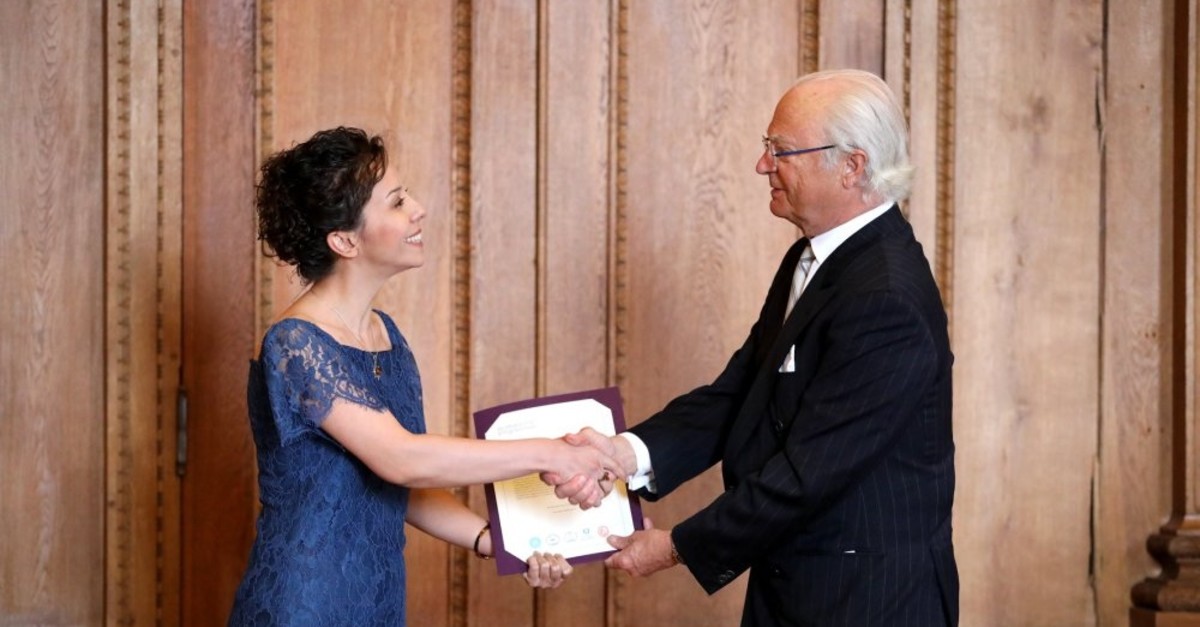 Turkish academic Hatice Zora was awarded the Bernadotte scholarship of Sweden for her work on linguistic and emotional development in the brain. Zora, who received the scholarship award from King Gustaf XVI, is among 10 academics to be granted the award under the Bernadotte Program and was nominated by the Swedish Academy, which was founded by Sweden's King Gustaf III in 1786.

Zora, who works at Stockholm University's Department of Linguistics, was granted 120,000 Swedish krona ($12,600) along with an award at a ceremony at the royal palace.

The Turkish academic's studies focus on phonetics and neuroscience. A post-doctorate researcher at Stockholm University who received her master's degree from Sweden's Lund University, Zora specialized in prosody or patterns of stress and intonation in language. Speaking to Anadolu Agency, Zora said the Bernadotte Scholarship was being awarded for the third time, and she was proud and happy to be the first Turkish academic to receive the scholarship. "I have experimental works on prosody that function as lexical and emotional elements in communication. Prosody helps us distinguish between different meanings and also helps us understand the mindset of a person. Its functions are attributed to different sections in the brain.

Neurological and linguistic studies show that lexical function emerges from the brain's cortex and its emotional function emerges in its subcortex. We have limited knowledge of neurological connections underlying the interaction of those two functions and how the brain distinguishes between them. I conducted research on these connections using several brain imaging techniques like Functional Magnetic Resonance Imaging and electroencephalography," she said.

Zora added that her studies would contribute to the treatment of mental illnesses. "The results of my research will help us understand the existence and development of lexical ability and therefore, will contribute to the field of social biology and psychology."