Literacy campaign reaches out to thousands 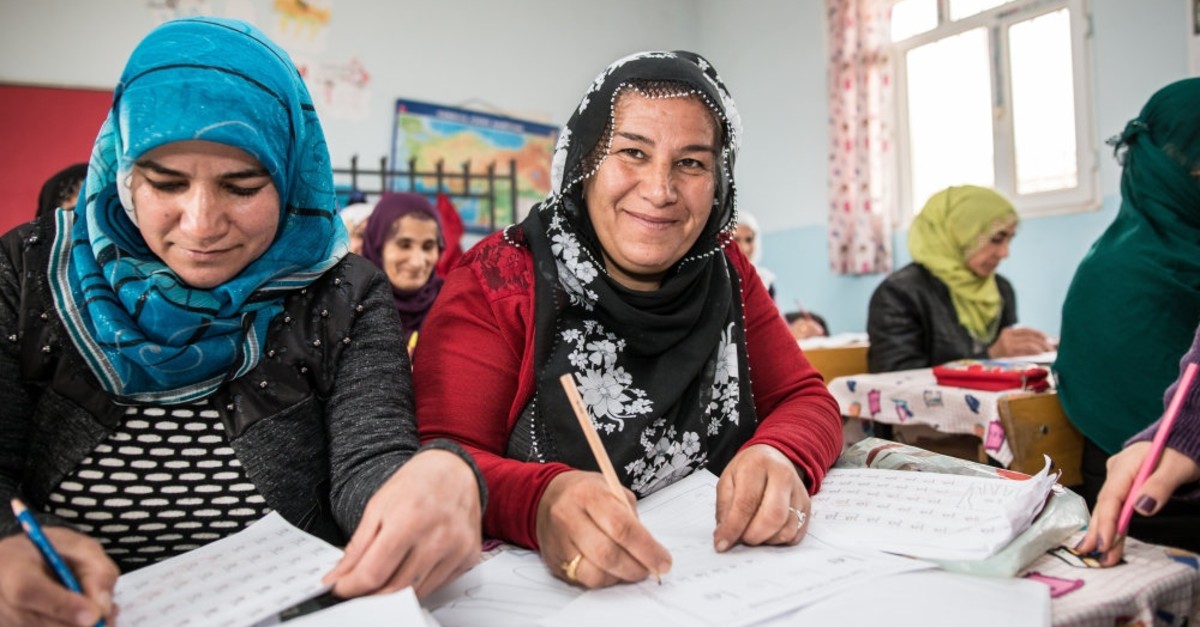 In its second year, a literacy campaign initiated by President Recep Tayyip Erdoğan and first lady Emine Erdoğan continues to gain momentum across Turkey. The campaign reached out to about 90,000 people in the first five months of this year, Anadolu Agency (AA) reported Tuesday.

A total of 88,559 people took literacy classes as part of the Literacy Mobilization campaign. A large majority of those attending the more than 11,000 literacy courses were women, figures show.

The campaign broke a record when it was inaugurated last year, and some 800,000 people enrolled in literacy courses coordinated by the Ministry of National Education across Turkey. Classes are offered in cities as well as small towns, usually at lifelong learning centers. The government has mobilized resources to eradicate illiteracy, and some 46,000 teachers were assigned to literacy courses mainly targeting women in rural areas. Literacy classes were also launched in prisons. Figures show the highest turnout for the literacy classes was in the southeastern Diyarbakır province last year. More than 88,000 people enrolled in literacy classes in the province. It was followed by Istanbul and Gaziantep.

The average education level is higher than ever in Turkey, but there are more than 2 million illiterate people, according to unofficial figures. Although access to education has increased, girls, particularly in rural areas where every family member works to earn a living for the family at an early age, were cut off from education by their parents. Coupled with an ultraconservative patriarchal mindset disapproving of education for girls, girls were convinced or forced to drop out of school after completing mandatory primary school. In recent years, Turkey stepped up measures against families forcing their children out of school, first by introducing a mandatory 12-year education and by conducting more inspections of households with children of school age.

Those taking literacy classes say learning writing and reading made them feel more confident. A survey among young illiterate students shows their priorities after completing the course are "finding a job, helping children with their homework, getting a driver's license and having economic independence."

More senior students say literacy would help them "go to hospitals alone, read street signs and sign their own signature."