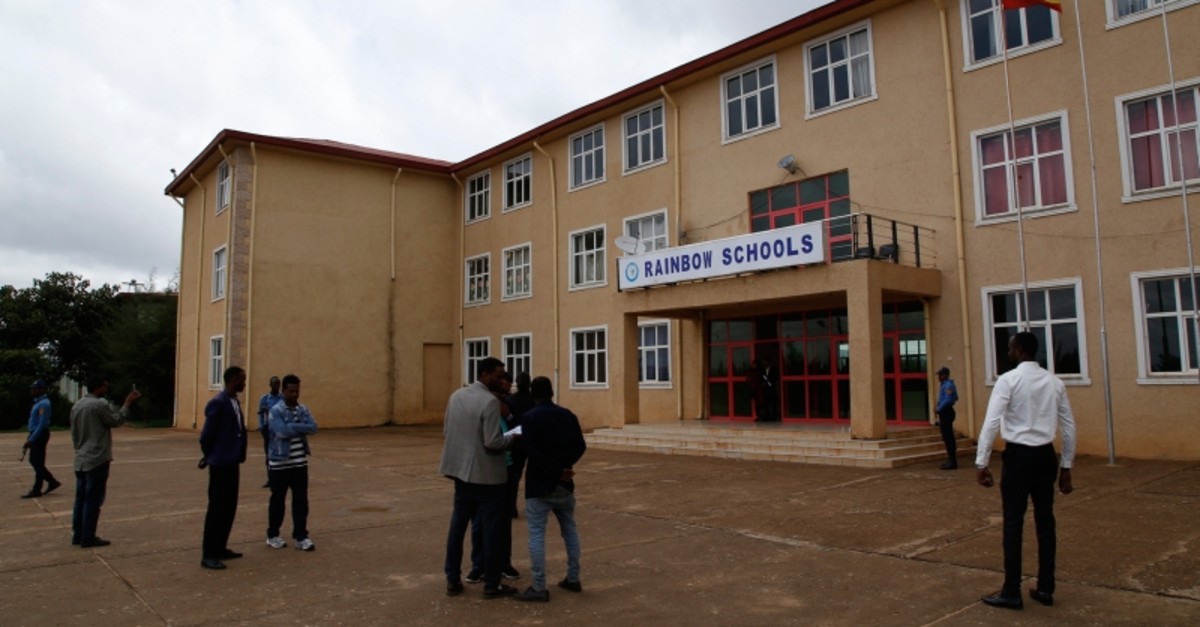 | AA Photo
by Anadolu Agency Jul 03, 2019 6:37 pm
A school linked to the Gülenist Terror Group (FETÖ) was handed over to the Turkish public education body in Ethiopia on Wednesday.

Turkey's Maarif Foundation took over the school from the FETÖ terror group behind the defeated coup of July 15, 2016 in Turkey, in the eastern Harar province of Ethiopia.

The school provides all levels of education from kindergarten to high school and was established under the name so-called Rainbow Association.

"We hope that the school will be helpful for Ethiopia and the people of Harar," Cihad Demirli, member of the Board of Trustees of the Maarif Foundation, told Anadolu Agency.

Demirli added that the school would facilitate the peoples of Turkey and Ethiopia getting to know each other better.

He expressed pleasure at having taken over the school after two years of efforts.

Demirli said the group was working on taking over other FETÖ-linked schools across Ethiopia.

After the defeated coup, Turkey established the Maarif Foundation to assume the administration of overseas schools linked to FETÖ. It also establishes schools and education centers abroad.

Turkey also accuses FETÖ of being behind a long-running campaign to overthrow the state through the infiltration of Turkish institutions, particularly the military, police, and judiciary.

FETÖ has a considerable presence abroad, including private schools which serve as a revenue stream for the terror group.