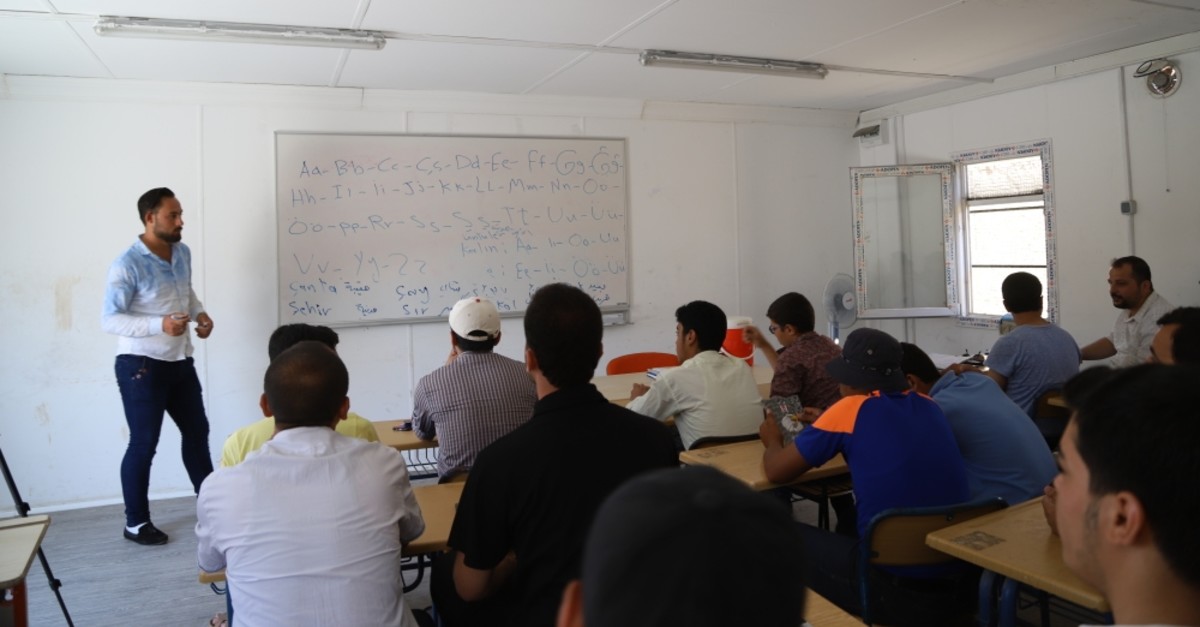 Turkey's efforts to help Syrians rebuild their lives also cover lifelong learning courses. In northern Syria's Mare, a town Turkey helped liberate from the Daesh terrorist group three years ago, courses give the locals a chance to adapt to their new lives. Some 2,000 people attended the courses run by Turkey's Ministry of National Education in one year.

The courses benefit unemployed, illiterate Syrians and help them find jobs or set up their own business. Currently, 250 people are enrolled in the courses.

Ammar Saleh, director of the courses told Anadolu Agency (AA) that they taught everything from literacy to hairdressing, graphic design, sewing, electronics, foreign languages and bakery.

Rahaf Hussein, one of the students attending literacy classes, says she can now help her children with their homework. She thanked Turkey for establishing the courses.

In 2016, Turkey launched Operation Euphrates Shield and cleared about 2,000 kilometers of area in northern Syria, which was once controlled by the terrorist organization, Daesh. Turkish authorities have since launched different social, education, health and security initiatives to bring life back to normal in the region that includes Jarablus, al-Bab, Azaz and Mare.

Recently, Gaziantep University, located in southern Turkey close to the Syrian border, decided to offer education for Syrians living in the northern part of the war-torn country, the areas that were liberated in Turkey's two cross-border operations.

The university applied to Turkish education officials to set up four faculties in northern Syria's al-Bab, Azaz and Mare districts, which is planned to focus on economics, business, teaching and engineering.

Some 2,700 prospective students have already taken proficiency exams. The faculties will be the second move by Gaziantep University as it previously opened a vocational school last year in Aleppo's Jarablus district. While vocational education currently continues in five departments, the university is planning to expand it with four more and to provide education for 500 students.

The efforts on education play a key role in Ankara's strategy to provide a convenient environment for refugees to return to their country.

Turkey now hosts more than 3.5 million Syrian refugees who fled the war and persecution in their country. The return of Syrian refugees has been made possible recently thanks to Turkey's two operations: Operation Euphrates Shield and Operation Olive Branch.