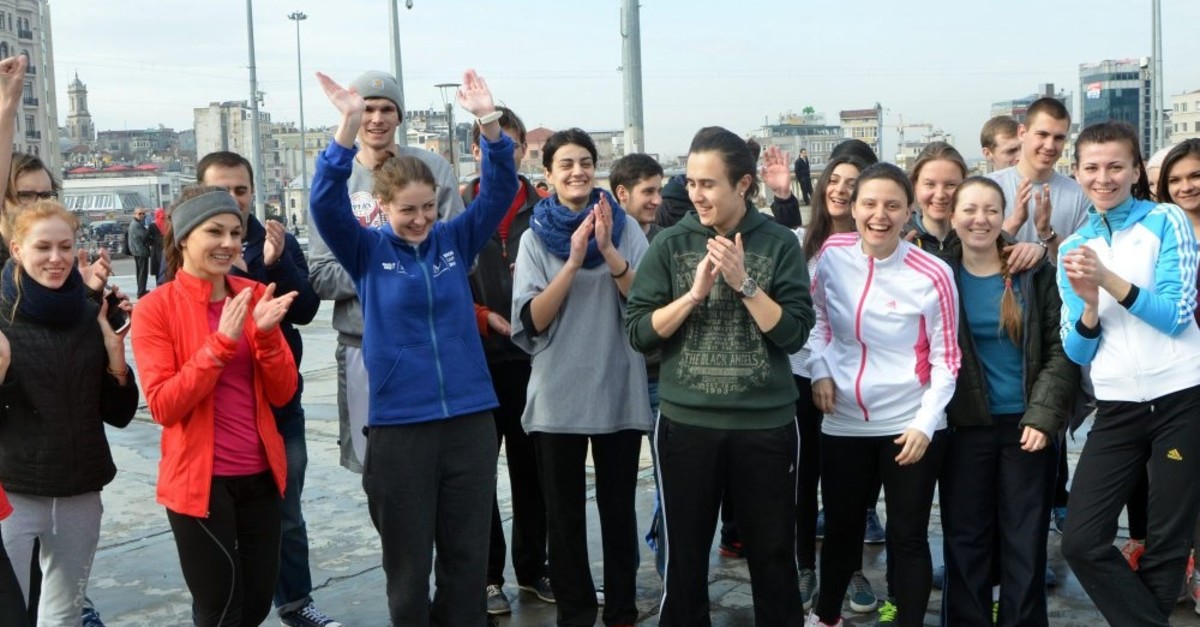 Erasmus students from 8 different countries having a work-out session in Taksim, Istanbul.
by Daily Sabah Jul 27, 2019 12:16 am

As millions of students around the world look to attain their bachelor's or master's degrees outside their home countries, Turkey is focusing on drawing international students for higher education in the past years.

While international student mobility was usually from East to West, for the last decade, the trend is now slowly changing as many students prefer to get their degrees in countries like Turkey, Malaysia, China, Japan, Singapore, South Korea, Australia, New Zealand and Russia.

According to UNESCO Education Statistics 2017, more than 5 million students pursue a bachelor's or graduate degree outside their country of birth or citizenship. It is estimated that, as of 2019, the total number of students studying abroad has exceeded 6 million.

Ten years ago, the Economy Ministry started efforts to increase Turkey's export revenue from international education. In 2010, with the annulment of the YÖS exam, the entrance examination of foreign students at Turkish universities, which used to force international students to deal with rigid or complex bureaucratic procedures, Turkey welcomed more and more foreign students every year.

The key factor underlying the huge success Altınbaş University has achieved is the fact that each and every step that is taken, from the very beginning, has been aimed at becoming an international university. The university also considers its international students Turkey's volunteer ambassadors in the global arena.

"We believe that our international students are potential future ambassadors for Turkey as well as Altınbaş University. Accordingly, we have a solid understanding of the fact that education export is a crucial strategic tool for our country. I do believe that this particular approach played a major role in our institutional success," said Ali Altınbaş, chairman of Altınbaş University's board of trustees.

According to the results of the "Turkey's Top 500 Service Exporters" survey, Altınbaş University ranks third among other foundation-supported, non-profit higher education institutions in terms of education export performance.