Training for African journalists to boost ties with continent 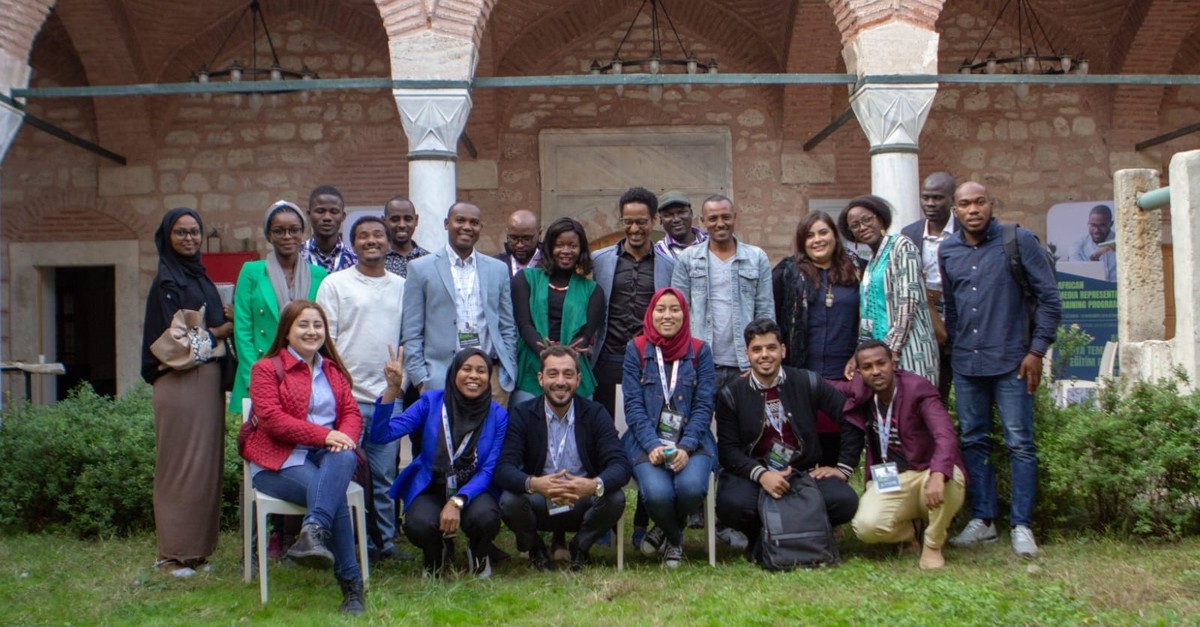 The African Media Representatives Training Program which aims to help young African journalists get familiar with journalism concepts and improve relations between the continent and Turkey has started. The training program is being held in cooperation with Turkey’s public news agency Anadolu Agency (AA), the state-run Presidency of Turks Abroad and Relative Communities (YTB) and nongovernmental organizations (NGOs), the African Researchers Association (AFAM) and the African Coordination and Training Center (AKEM).

Some 20 African journalists started training on Oct. 23 at Gevher Sultan Medresesi, a historic school in Istanbul. Participants will undergo 20 days of training.

Mehmet Korkut who is coordinator of this program at AKEM answered Daily Sabah’s questions on the initiative. Korkmaz said that the YTB is the biggest supporter of this project.

‘’We started to arrange the training program a few months ago in cooperation with YTB and 200 people applied for training,” he said. Twenty journalists were picked among the applicants.

He said that these journalists will be influential in introducing Turkey to their countries and in establishing commercial and cultural relationships.

Speaking to Daily Sabah, some of the journalists said it was an important program for them as it was comprehensive and will help them learn a lot not only about journalism but also about Turkey, its politics and culture.

“I think it will be very interesting. It is good that it is a lengthy program. We started by learning about social media and digital journalism,” Arwa Kooli, a Tunisian journalist, said.

Trainees say learning about digital media is especially important for them and they were hoping to put what they learned in to practice once they returned to their countries.

‘’This program will help me improve my reporting style and improve my skills on digital, online media platforms,’’ Aydir Addis Ambelu, who hails from Ethiopia, says.

Most journalists prize important relations with Turkey and point to the growing Turkish presence in their countries, from Turkish businesses investing massively to the increasing trade volume.

“I think, when somebody says Turkey, people think clothes because there a lot of clothes as well as shoes imported from Turkey. Everything comes from Turkey,” Kenyan trainee journalist Leo Mutisya says.

Turkish TV series also play a key role in bringing countries closer. Turkish soap operas are wildly popular in African countries as they have been in other parts of the world.

“People in Tunisia love Turkish series so much. My friends, my family, everyone I know watches them,” Tunisian trainee Arwa Kooli explained.

Kooli says Istanbul has also been a popular destination for Tunisian tourists.

The YTB, which has been in charge of affairs with Turks living abroad, related (sister) communities and the Türkiye Scholarship Program since it was established in 2010, oversees the training program.