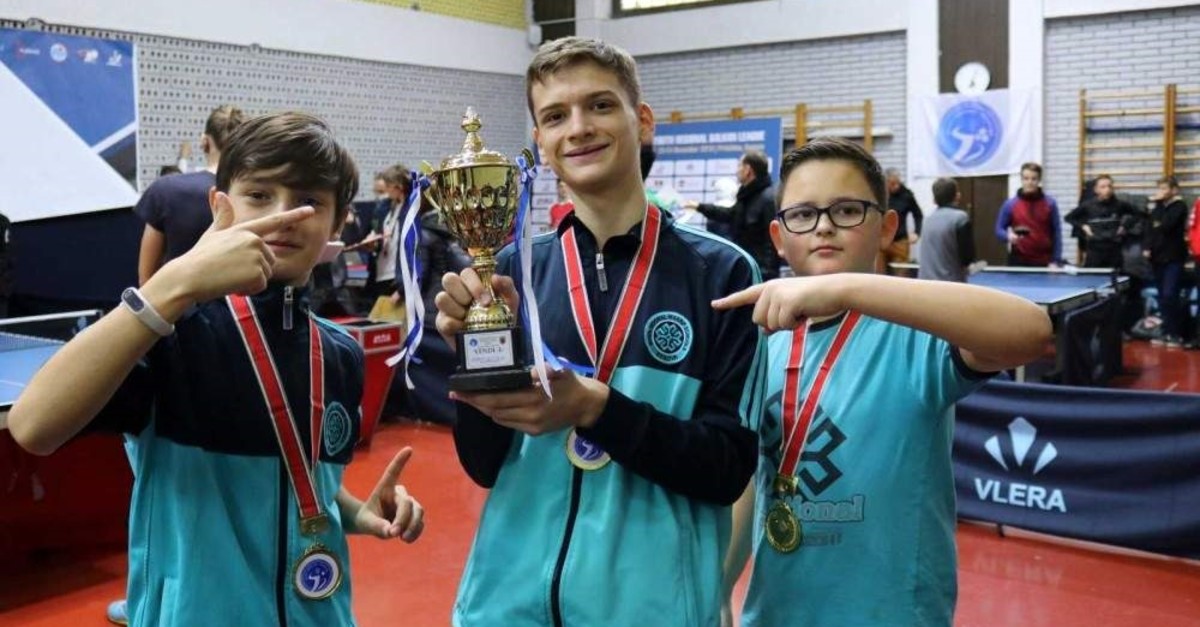 Winners from the Maarif schools in Kosovo pose with their medals. (Photo courtesy of Maarif Foundation)
by Daily Sabah Dec 16, 2019 5:01 pm

Students who received educations in Turkey’s Maarif Foundation schools in Kosovo won 14 medals in swimming and table tennis competitions held across the country.

Beren Zijabeg from the Prizren Maarif School won five gold and a bronze medal in a swimming championship. Zijabeg broke a record during the competition, which was attended by over 300 swimmers and was held in Pristine between Dec. 14 and 15.

Nadir Ymeri, Omer Demolli and Hani Mehmeti attended the tournament on behalf of the school, and they won all the matches, qualifying for representing the city in nationwide competitions.