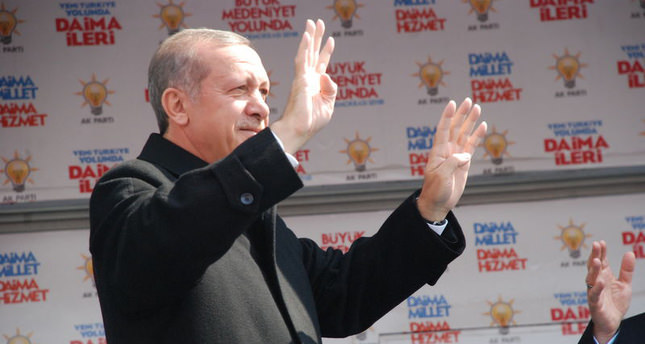 The complaints filed against Uslu and Aytaç are in connection to the leakage of an illegal wiretapping of a high-level security meeting, while lawsuits are being sought for Keneş and Kamış for derogatory remarks posted on Twitter.

Attorneys also filed a case against the former head of the Istanbul police intelligence department Ali Fuat Yılmazer for certain claims made in regards to detainments in the Ergenekon case.

Erdoğan's attorneys are also requesting the court issue a travel ban for Yılmazer, Uslu and Aytaç.

On Saturday, Erdoğan was to resume his final round of campaigning for Sunday's local elections at five locations in Istanbul, including rallies in Kartal, Maltepe and Atasehir.