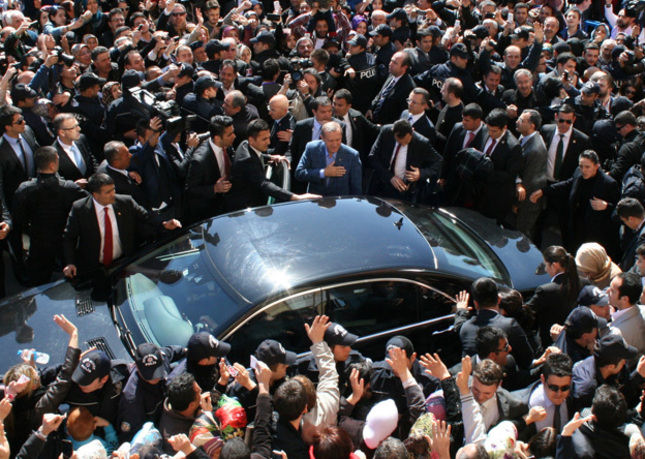 by daily sabah Mar 30, 2014 12:00 am
RIZE — According to the unofficial results of the municipal elections in Rize, AK Party candidate Reşat Kasap is the victor by a landslide.

The ruling Justice and Development Party (AK Party) candidate for Rize, Reşat Kasap, has garnered over 65 percent of the vote in Prime Minister Recep Tayyip Erdoğan's homeland. Reşat Kasap resigned from directing the Statistics Department at Gazi University to join the AK Party. In addition to his specialization in statistics, the 53-year-old father of two is also known for being an expert in transportation, planning, development, the environment, industry, economy, finance and education.

According to unofficial results, the AK Party is the take-away leader with over 60 percent of the votes in provinces, Rize, Trabzon, Şanlıurfa, Erzurum, Konya, Malatya, Kahramanmaraş and Kayseri.