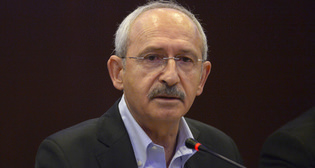 TUNCELİ — According to the unofficial results, the polls in the Eastern Anatolian province of Tunceli, which is where Republican People's Party (CHP) Chairman Kemal Kılıçdaroğlu hails from, came out in favor of Peace and Democracy Party (BDP) candidate Mehmet Ali Bul.

Peace and Democracy Party (BDP) candidate Mehmet Ali Bul is the winner of the local elections in Tunceli, CHP Chairman Kılıçdaroğlu's homeland, according to the unofficial voting results for Sunday's March 30, local elections.

BDP candidate Mehmet Ali Bul, who stands out as the leader of the municipal elections in Tunceli, is a 47-year-old married father of two. As soon as the unofficial results revealed the victor as Mehmet Ali Bul, who is also a union member, BDP supporters took to the streets to celebrate their party's success.