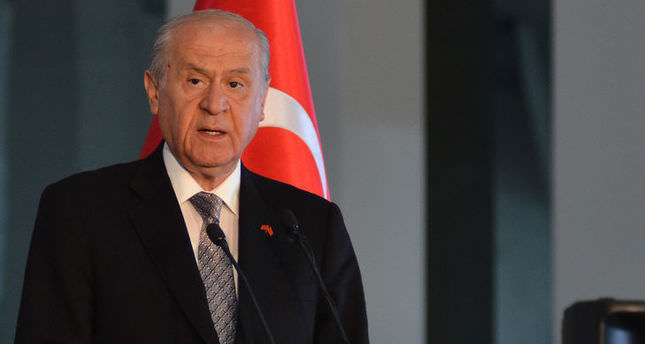 ISTANBUL — The Nationalist Movement Party (MHP) lost a significant amount of support in Istanbul, the largest city in Turkey. The party managed to preserve its nationwide votes at the 15 percent level, but lost 1 percent of support when compared to its 16.1 percent in the 2009 elections.

Losing around 2 percent of the votes in Istanbul, the Nationalist Movement Party (MHP) received 3.97 percent, whereas it previously received 5.15 percent in the 2009 local elections. Here, MHP's third place was replaced by the People's Democracy Party (HDP) led by Sırrı Süreyya Önder, receiving 4.84 percent of the vote. The party failed to win any municipalities in Istanbul.

The capital of Ankara also proved a disappointment for MHP as it failed to receive the expected number of votes compared to previous years. For instance, in 2009 MHP received 26 percent of the votes in Ankara, whereas now it only received about 7.75 percent despite the existing perception that it has a strong support base there and in neighboring cities. The significant decrease in the number of MHP votes in central Ankara and Gölbaşı was a particular failure.

The party also lost Balıkesir, Kastamonu and Gümüşhane, previously governed by the MHP. Kastamonu was especially significant as it was governed by the MHP for the past four terms. Erzurum was of special importance as there was significant support during the campaign period, but the party only received 29.25 percent of the votes there compared to 58.28 for the AK Party, with an almost 5 percent drop from 2009 figures. Gaziantep, Sakarya, Kocaeli, Trabzon and Muğla also failed to meet the expectations of the MHP. In İzmir, the third largest city in Turkey, the MHP's number of municipalities decreased to two - Aliağa and Kirazlı - from three in the 2009 local elections.

On the other hand, results in Adana and Mersin on the Mediterranean and Kars in the east consoled the MHP as the party won municipalities there. However, the MHP lost Iğdır to the Peace and Democracy Party (BDP), a demoralizing result as the party ruled there for a long period.