Presidential system to be included in AK Party’s election manifesto 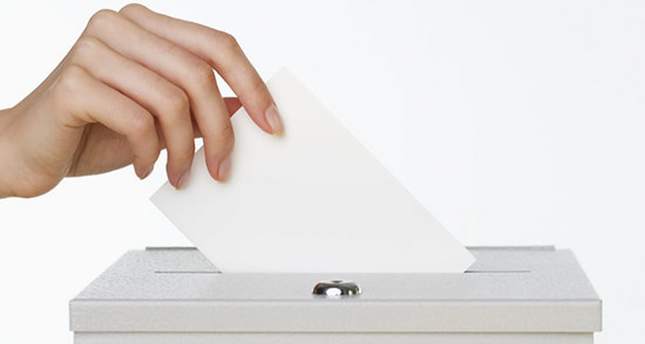 by Daily Sabah Jan 28, 2015 12:00 am
With only months left before the June 7 national election, the ruling Justice and Development Party (AK Party) has stepped up its efforts to shift the Turkish political structure toward a more comprehensive and applicable presidential system. A presidential system that was mentioned by both President Recep Tayyip Erdoğan when he was directly elected as president, and AK Party officials, is expected to be included among the party's 2015 election campaign promises.

While sub-committees were established to create an effective election campaign, it appears that the presidential system will be the most eye-catching promise ahead of the elections, since the party is in search of an amendment that will be easily adapted to Turkish politics.

The presidency model on which the party works is expected to be based will expedite the decision-making processes between state mechanisms. Reportedly, the AK Party is not interested in bicameral legislature, or the navette system used in France, since it is reminiscent of the 1960 Constitution enacted after the 1960 coup d'états, which was the first coup in modern Turkish history where the Constitution introduced a senate to form a bicameral system. The party is working on a unicameral system instead of this model.

The duties and responsibilities of the current Parliament will continue, as it will have the authority to enact a law, to approve a budget, to decide to issue money or wage war. It will be responsible for controlling the executive.

It is expected that all details of the presidency system will be brought to the table after the June 7 national election. Governmental sources say that the presidential system will be the framework and details will be clarified after negotiations.

The presidency model aims to create a political ground where each segment of the society is represented in the Parliament.

On January 26, the president said on his return flight from Africa that he believed a presidential system would be one of the principle topics of debate in the upcoming general election campaign.

He underlined the importance of efficiency in managing people, capital and information. "We can be more efficient. It is clear we currently are not. We need to introduce an economy-based efficiency. If we do that, it will immediately produce results. Whatever we have achieved in terms of investment was accomplished by overcoming significant obstacles. If we have a presidential system, I believe we would secure much better results in terms of investments in people and infrastructure," he said.