AK Party plans to nominate Erbakans as gesture of loyalty 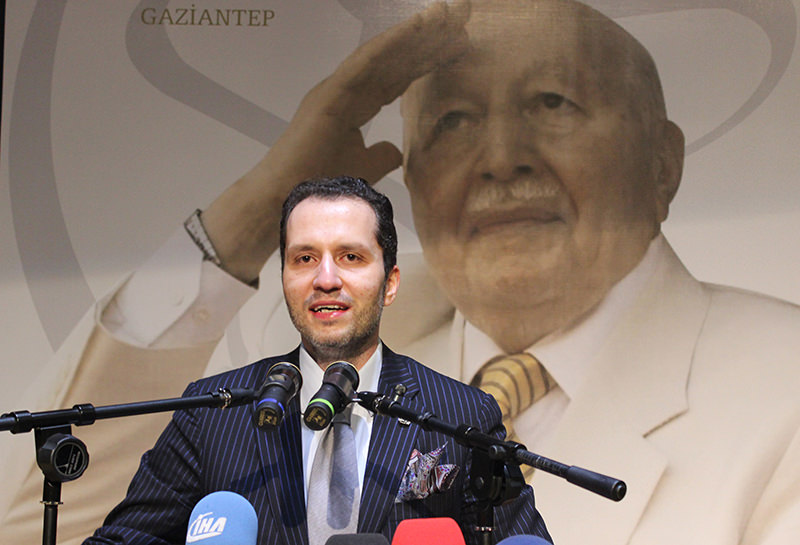 | Photo Credit: IHA
by Nurbanu Kızıl Mar 16, 2015 12:00 am
The son and daughter of the late Necmettin Erbakan, known to be the pioneer of conservatism and the leader of the 'National Vision Movement' in Turkey, may receive an offer to run as candidates from the AK Party in the upcoming general elections.

According to recent reports, Fatih Erbakan, who parted ways with Felicity Party (SP) and had announced that he intends to run as an independent in the upcoming elections, may join the AK Party following statements by Prime Minister Ahmet Davutoğlu who stated that the AK Party is a movement of 'loyalty'.

Erbakan would be nominated from the city of Konya, which is the birthplace of Davutoğlu and was the constituency of his father Necmettin Erbakan. Elif Erbakan Altınöz, the daughter of Necmettin Erbakan, would also be nominated if she accepts the proposal and would run as a candidate from Istanbul or Ankara.

The nomination of the Erbakan siblings requires a resolution by the Central Executive Board (MYK).

Prime Minister Ahmet Davutoğlu and the AK Party consider the nomination of the Erbakans as a duty of loyalty as he was the mentor of many politicians including President Erdoğan and Turkey's former president Abdullah Gül, who established the Justice and Development (AK) Party in 2002.

Necmettin Erbakan served as the Prime Minister of Turkey from 1996 to 1997 when the Turkish military forced his administration to step down. He was later banned from politics by the Constitutional Court of Turkey for violating laicism, the separation of religion and state. The ban was later upheld by the European Court of Human Rights.