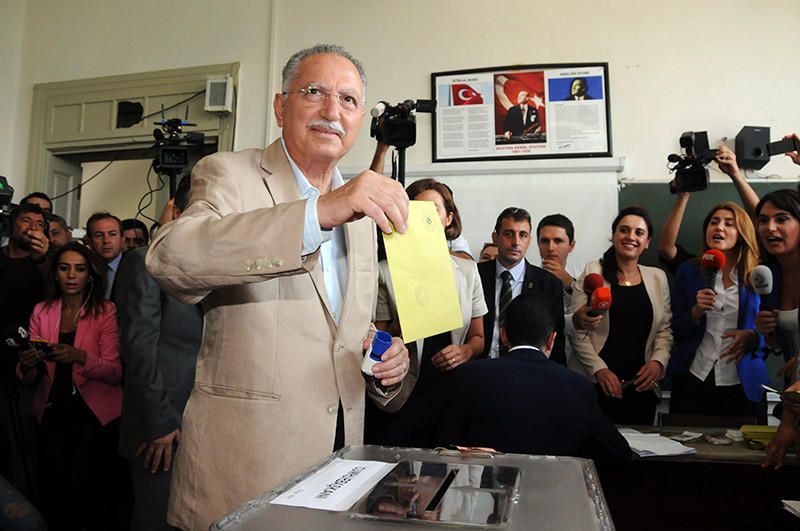 by Nurbanu Kızıl Apr 07, 2015 12:00 am
Ekmeleddin İhsanoğlu, the joint presidential candidate of the Republican People's Party (CHP) and the Nationalist Movement Party (MHP) who suffered a great defeat against President Recep Tayyip Erdoğan in the presidential elections, is expected to run as a candidate for MHP in the upcoming general elections.

The candidacy of İhsanoğlu would be a surprise to many, since the party has refused to accept cooperation with Gülenists and had previously rejected the application of Yurt Atayün, a former police chief allegedly affiliated with the Gülen Movement.

According to Turkish daily Milliyet, İhsanoğlu is expected to be nominated as MHP's deputy candidate in Istanbul's district two.

It has been reported that İhsanoğlu held meetings with MHP chairman Devlet Bahçeli and has requested the announcement of his candidacy to remain secret until the candidate lists are officially announced on Tuesday.

Previous rumors had claimed that İhsanoğlu had received a proposal from the CHP to run as a candidate in the upcoming elections, but had turned it down.

Meanwhile, the MHP has displayed a stance against those affiliated with the Gülen Movement, rejecting Yurt Atayün's application to run as a MHP candidate from the Aegean city of İzmir. Atayün, who formerly served as a police chief, was dismissed in August 2014 based on allegations of unlawful espionage activities which threatened the national security of the state. He was also accused of profiling some police officers based on their backgrounds.

Back in 2014, the party had stated that they would launch detailed assessments about party members and potential candidates before nominating them for the June 7 general elections to prevent the infiltration of the party by Gülenists.

MHP's list of candidates was prepared after long assessments based on online tendency surveys, and one-on-one talks with opinion leaders.

The official list will be announced at 17:00 (local time) on Tuesday.

Ekmeleddin İhsanoğlu, the Republican People's Party (CHP) and Nationalist Movement Party's (MHP) joint presidential candidate and former head of the Organization of Islamic Cooperation (OIC) ran in the presidential elections and was defeated by President Recep Tayyip Erdoğan. His nomination was criticized by many neo-nationalist CHP supporters as they claimed he was not a suitable candidate due to his conservative ideologies.