HDP targets votes from western, central Turkey with its candidates for June 7 elections 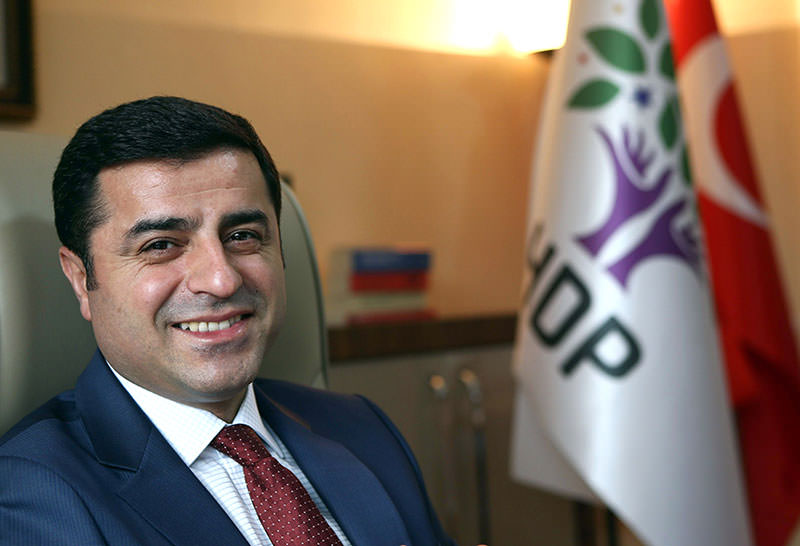 The HDP candidate-list includes many names from Turkey's Alevi community leaders as well as Armenian-origin Turkish citizens. Among four major parties, the HDP has nominated the most female candidates with 268 candidates out of a total 550, followed by Republican People's Party's (CHP) 103 candidates.

The pro-Kurdish political line, currently represented by HDP, used to run for the parliamentary seats with individual independent deputy candidates in earlier elections, in order to by-pass the 10 percent national threshold, but in the upcoming June 7 elections, HDP will – for the first time ever – enter the race as a unified party.

There are both upsides and downsides to HDP's revolutionary decision. If the party is unable to make the 10 percent threshold in the elections, they will have no representation in the parliament. But this risk also comes with an advantage, of course: the party's current representation of 35 MPs in the parliament will more than double in size if the party manages to 'break' the national threshold.

Although countless observers and researches have made it clear that the 10 percent threshold looks to be quite an ambitious number for the party to reach, HDP's co-chairman Selahattin Demirtaş thinks otherwise. He recently stated that the party will "break imaginary threshold" in the upcoming elections. Demirtaş received 9.76 percent of the vote in the August 2014 presidential election, which he believes the party can now attain and surpass on its own.

With a guaranteed strong voting base in eastern Turkey, Demirtaş now has his eyes on votes from the west, by placing his candidacy in Istanbul's first election district. Demirtaş logic is that many people who voted for him during the presidential election were based in the west, although his base may have shifted since then. He was nominated for the southeastern city of Hakkari during the 2011 general elections.

Support for the HDP may have been damaged by the failure of many of their MPs to manage the October 6-7 Kobani protests successfully, which quickly escalated into violent clashes. Demirtaş' words during that time were judged to have increased the already existing tensions, which pushed some people to question whether he was sincere about the ongoing Kurdish peace process, and if he was eligible enough to represent the whole of Turkey, like HDP claims. The 7 June elections will give a clear indication of voters' feelings about this.

Another prominent figure of the party, the current Istanbul MP Sırrı Süreyya Önder, who is also on HDP's İmralı Committee that facilitates the connection between the government and PKK's imprisoned leader Abdullah Öcalan, has been nominated from Ankara's first electoral district. Önder was involved in the 2013 Taksim Gezi Park protests and was reportedly hospitalized after being hit by a tear gas cartridge, which made him a quite prominent figure at the time among the youth, particularly in Western Turkey. With the party's new strategy, covering two biggest cities, Istanbul and Ankara, HDP seems to be quite ambitious in its votes.

Political parties in Turkey can submit 550 candidates and the HDP has already submitted 543 names as candidates to the Supreme Election Board (YSK).

The other co-chair of the party, Figen Yüksekdağ, was nominated from the southeastern city of Van. Deputy Chairs İdris Baluken and Pervin Buldan, who are in the HDP Committee, were listed respectively for the eastern provinces of Diyarbakır and Bingöl.