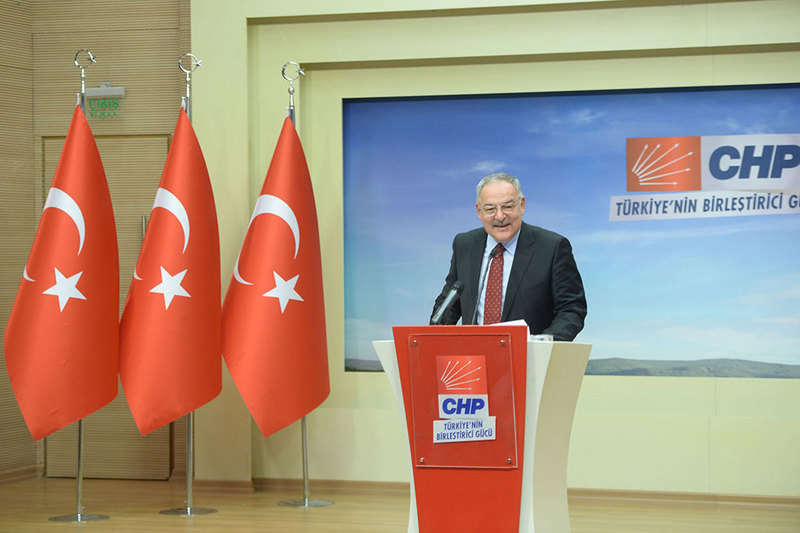 by Daily Sabah with AA Apr 07, 2015 12:00 am
Turkey's main opposition Republican People's Party (CHP) announced its upcoming parliamentary candidates on Tuesday after submitting to the country's top election authority, Supreme Election Board (YSK), a final list of MP hopefuls to run in the polls this summer.

On Monday, CHP's top decision-making body convened under the chairmanship of Kemal Kılıçdaroğlu in Ankara to decide on 188 candidates. Thirty-seven names were selected by Kılıçdaroğlu himself. The party had received nearly 26 percent of votes in the 2011 general elections.

Political parties in Turkey can submit 550 candidates and the CHP has already determined 362 of its candidates in 45 constituencies after holding primary elections.

CHP chairman Kılıçdaroğlu also attended the primary election as a candidate, running in western province of İzmir, and he received 85 percent of the votes casted. The party held primaries in at least 41 provinces to determine their nomination list.

YSK had decided on April 4 that political parties in Turkey have to submit their candidates for at least 41 provincial constituencies by April 7 to be able to run in the upcoming general elections, which will be held on June 7.

According to the agreed list, the names of female candidates were situated in the top two or three places in Turkey's four main provinces, including İstanbul, Ankara, İzmir and Eskişehir.

Şafak Pavey, current Istanbul deputy, was named as first-place candidate in Istanbul's first election district. Pavey was the first disabled women who was elected to the Turkish parliament.

A total of 103 female CHP candidates from across Turkey are running in the general elections.

Two deputies of Tunceli province, Hüseyin Aygün and Kamer Genç, were left out of party list in CHP leader Kılıçdaroğlu's hometown. Genç, a veteran politician and Tunceli deputy for six consecutive terms since 1987, had involved in fierce debates and fights with ruling AK Party in recent years and received criticism both from his party and AK Party. Serving only one term, Aygün received criticism from conservative circles of CHP due to his criticism of early republican era and the treatment against Tunceli (Dersim) inhabitants in 1930's which is largely accepted as a massacre.

Selina Özuzun Doğan, an Armenian-Turkish lawyer, was also appointed as Istanbul's second-region first place candidate. Doğan is expected to represent the Armenian community for the party.

Approximately, 56 million Turkish citizens will vote in the country's 25th general elections to elect the 550 members of the parliament.

According to the calendar, parties that wish to participate in the elections have to provide the Supreme Election Board with lists of MP candidates before 5 pm local time on April 7.

The Supreme Election Board will announce the list of MP candidates on April 24. The election campaign will start on May 28 and end on June 6.