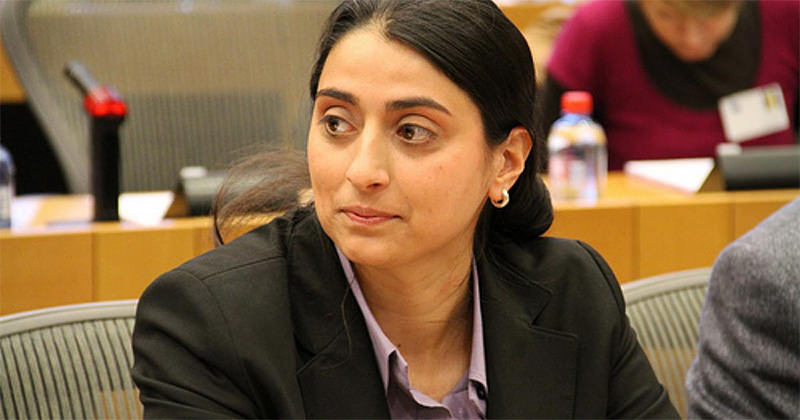 by Dogan News Agency Apr 08, 2015 12:00 am
The Peoples' Democratic Party (HDP) has nominated Feleknas Uca, a German-born politician and the world's first Yazidi parliamentarian, as one of its leading candidates for the June 7 elections.

On April 7, the HDP nominated Uca as its fourth candidate from the southeastern province of Diyarbakır, one of the party's strongholds. If the HDP manages to exceed the 10 percent national election threshold, Uca is expected to win a seat in parliament easily.

As a German Die Linke politician of Kurdish ancestry who was elected to the European Parliament in 1999, Uca was the world's only Yazidi parliamentarian until the Iraqi legislature was elected in 2005.