Upcoming elections in Turkey unable to advance a narrative 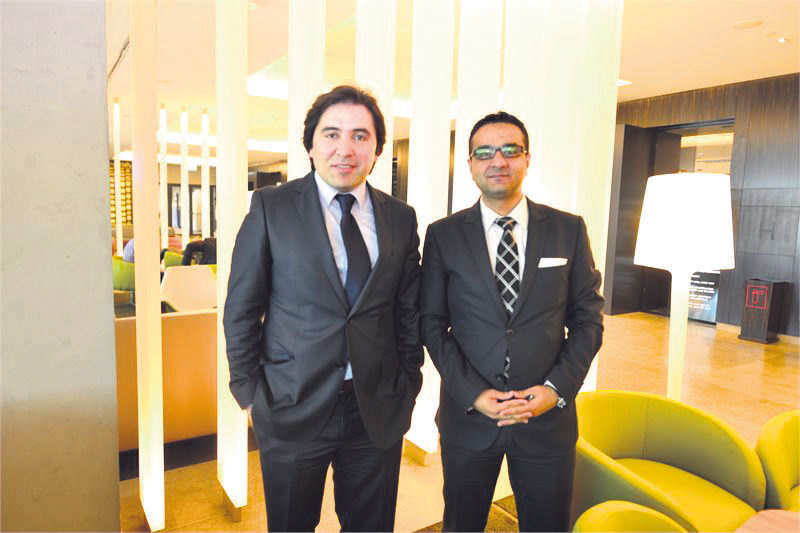 What do these manifestos tell us about the parties?

Generally speaking, parties' election manifestos do not have a major impact on the electoral behavior of people. The majority of voters form their opinions about the parties and decide the color of their votes irrespective of parties' election manifesto and candidate list. Nevertheless, these manifestos tell us where these parties currently stand and will politically evolve in the post-election period. From this point, it is obvious that the issue that will immediately surface in the post-election period is the debate on the political system, or to put it better, the changing of Turkey's political system. Other major topics, such as devising a new constitution and bringing the Kurdish peace process to an end, are being put in the broader debate on Turkey's political system.

In addition, for the first time, an anti-Erdoğanism or anti-AK Party stance has not been the defining character of all the opposition parties' election manifestos. Instead, though in a populist manner, both the Republican People Party (CHP) and the Nationalist Movement Party (MHP) and even the pro-Kurdish People Democracy Party (HDP) emphasized economic issues. This is revealing. First, the CHP and opposition parties gradually came to grips with the reality that the old Turkey is moribund; therefore, there is no political benefit in investing in themes that belong to a bygone era in Turkey's political history. Second, the AK Party isn't a transitory phenomenon; rather, it is a permanent feature of Turkish politics going forward. Therefore, you can't become a viable alternative for coming to power or sustain your support base if you solely repeat the same lines of AK Party/Erdoğan bashing in each election instead of advancing a vision and a credible program for the country.

At the same time, new fault lines have emerged. This first found its expression in the contending visions for a new Turkey, as it became clear with the constitutional referendum of 2010 that for the first time in Turkey's modern history the country will be redefined through democratic procedures and by civilian politics. This rendered odd coalitions, while reducing social-political spaces between some segments of society, while it increased among others.

Let's not forget in the last presidential election, some political archenemies set aside their traditional enmity and worked together for the same candidate to defeat Erdoğan at the ballot box. Alevis and supporters of the MHP were at loggerheads in the 1970s, '80s, and '90s. But in this election, Alevis, nationalists, Kemalists, even some Islamists and Gulenists all joined forces to support the joint candidate of the MHP and the CHP, Ekmeleddin Ihsanoğlu. Likewise, as a result of the normalization of the Kurdish issue and their demands for more political, cultural and national rights, the social cleavage between Turks and Kurds has significantly decreased. Public and political manifestations of Alevi identities have relatively increased. Such different social, cultural and political identities have become much more visible in public space and interact with each other more intensely.

But the polarization now is more at the political level and mostly along the pro- and anti-AK Party/Erdoğan level. This can't be sustainable. There can be no denial that this political polarization helped the AK Party to consolidate its political base, but there can also be no denial that this polarization has provided – especially to the main opposition CHP – even a comfortable political position too. They don't have to work hard and put forward a new political vision to get around one quarter of overall voters' support. Rather, they see this base as granted due to this political polarization. Moreover, I actually believe that this polarization takes its toll on the AK Party, as it remains below its potential in terms of public support, which some seasoned observers of Turkey's politics put around 55 percent, and hinders its effort meaningfully to embark on the process of putting a new structure in place of the old structure that its last 12 years' struggle has deconstructed.

Let's return to the election; in your opinion, does any aspect of the upcoming election differentiate it from previous ones?

To me, the most defining feature of this election is its lack of narrative. This stands in stark contrast with previous elections. In 2002, the AK party generated excitement among a large section of society as representative of a new and responsive style of politics. As Turkey's old style tutelary politics with all its dysfunctional political, economic and administrative institutions were crumbling, AK party offered a new narrative of a new style politics. The narrative of 2007's elections was asserting primacy of democratic and civilian politics over military-led tutelage. Defending the honor of democratic politics over the military's encroachment on civilian politics was a powerful narrative that strongly resonated with people. The building of a new Turkey as tutelage deconstructed formed the basis of the 2011 election narrative. These narratives of all three preceding general elections were positive, proactive, and compelling. Because of the power of these elections, voter turnout for each election since 2002 has steadily increased.

This election seems to prove an exception in this regard. The opposition has not come forward with a progressive agenda and a powerful narrative that people relate to since 2002. The HDP is depicted as having a strong narrative in this election. But, I believe, its narrative is not powerful, inclusive and realistic enough to generate optimism and excitement among a large segment of society. But the governing AK Party seems also to experience the challenges of catching up with economic, social and political progress that it has spearheaded since 2002. It needs to adopt a new language and advance a new narrative that is in line with the new Turkey that it has been the primary author of. The emphasis on the political system is an important subject to discuss, but it is not a compelling narrative that appeals to a large section of society. The presidential system can only become a compelling issue for people when situated within a grand narrative. So we are heading towards an election that has thus far proved unable to put forward a narrative that is in line with the zeitgeist of the times.

Since no one is advancing a compelling narrative, then who will carry Turkey to the next level in economic, democratic, and political terms?

The AK Party remains the most viable alternative for this job not only because of its politics but also because of its social base. Despite its 13 years in office, it is still the most imaginative political force in the country. Its social base is much more dynamic than the CHP's or the MHP's social base and demands further improvement in its economic, political and social conditions. For the same reason, the HDP will remain the second most significant party that will exert pressure for change in Turkey.

But don't you think that this judgment sits oddly with the recent depiction of the AK Party as backsliding on earlier democratization or even turning outright authoritarian?

The accusation of AK Party's authoritarian turn is something that has become fashionable since the Gezi Park protest of 2013. Gezi Park has not introduced a new politics. It has not advanced a new vision for the country and state-society relations, but it has served as a reference point in public and political discourse. It has animated and given a sense of empowerment to anti-AK Party circles. It is because of such a reference point role for the Gezi Park protest that the AK Party's track record on democratization and reform has turned into a black and white distinction. As a reformist and democratizing power in the pre-Gezi era, the AK Party government has suddenly been depicted as authoritarian and regressive in the post-Gezi Park protests phase. Both of these descriptions are faulty. And such an analysis does not capture the real causes of the Gezi Park protests.

So then how would you evaluate AK Party's track record on democratization?

But when one focuses on the section that sheds light on the party's vision for the future, then we see a relatively stronger emphasis on the individual level of democratization, which I call micro-level democratization. This is an area where the AK Party has not fared as well when compared to its record on macro-level democratization. Such a novel emphasis illustrates first that the party is increasingly conscious of the demands of society for a more sophisticated understanding of democracy and democratization. Second, I believe that the change of elites within the party do and will have an impact on such a reading of democracy. The new, young cadres of elites have less baggage and grievances resulting from Turkey's military-dominated guardianship system. They only spent a minor part of their politically formative years in the Cold War context. This makes them well disposed towards understanding a new and more sophisticated form of democracy with all its attendant requirements.

So are you claiming that the new, young cadres of AK Party elites will be more democratic than previous ones?

This analysis should not only be confined to the elite level. The same largely holds true for the AK Party's social base. They are now relatively economically well off, more diverse in their social disposition and political demands, more integrated with the rest of the world and socio-economically upwardly mobile. This all creates an amenable context and condition for the AK Party to have a qualitatively more advanced reading of Turkey's democracy and democratization.

Who is Galip Dalay ?
Galip Dalay works as a research director at Istanbul-based Al Sharq Forum and senior associate fellow on Turkey and Kurdish Affairs at Al Jazeera Center for Studies. He previously worked as a visiting fellow at the German Institute for International and Security Affairs (SWP) in Berlin and as a political researcher at SETA Foundation in Ankara. He is an authoritative voice on the AK Party, Turkey's domestic and foreign policy, democracy and democratization studies, and the Kurdish issue. He is also book-review editor of the quarterly magazine Insight Turkey and a blogger for Huffington Post.