Turkey's President Erdoğan dimisses claims that he breached the constitution 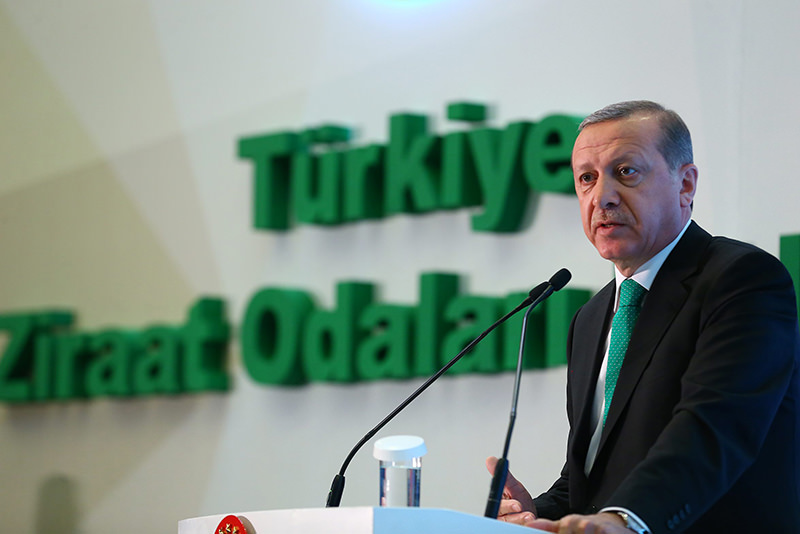 | DHA Photo
by Anadolu Agency May 08, 2015 12:00 am
Turkey's president has rejected accusations that he has breached the country's constitution by giving political speeches, claiming it is "unexceptional" for him to "stand aside in this process."

Recep Tayyip Erdoğan was speaking at the Turkish Union of Agricultural Chambers' 26th General Assembly in Ankara on Friday.

He said that, as Turkey's first popularly elected president, he would "express my thoughts and views about my country and my nation during this election at every opportunity."

The HDP filed a case with Turkey's Supreme Election Board claiming Erdoğan was not being impartial as president during campaigning ahead of the country's June 7 general election.

The Board later rejected the HDP complaint.

"I started these discussions for my country's and nation's future," Erdoğan added.

"Only the people of Turkey can decide about the presidential system. Who knows who will be the president when Turkey is transformed into this system?," he said.

The issue of a potential presidential system has been a hot topic in Turkey for the past few months.

A constitutional amendment or a new constitution would be needed to establish such an executive presidential system.

Turkey's current constitution was drafted two years after a military takeover in 1980 and numerous amendments have been made to it since then.