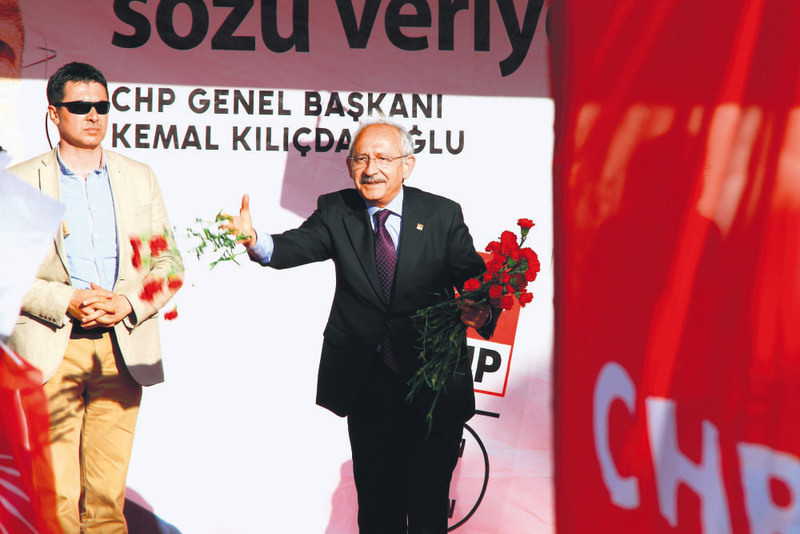 In a bid to drum up support on the campaign trail, the main opposition CHP has been making wild economic promises, and according to a recent survey, has managed to only convince a quarter of voters

A recently conducted poll has unveiled the public opinion about the economic promises made by the Republican People's Party (CHP) in the run-up to the forthcoming June elections. According to the results of the survey, which was launched by the CHP, 75 percent of the public considers the promises to be highly dubious.

The leader of the CHP, Kemal Kılıçdaroğlu, has taken center stage thanks to the populist election promises he has made as the elections draw near. Leaning on economic issues, Kılıçdaroğlu seems to be aiming to gain votes by addressing economic concerns. The CHP's promises vary from a significant increase in the minimum wage, reducing diesel prices to TL 1.5 ($0.60) as well as a poverty wage program for poor families, a family insurance project that aims to pay a certain amount to families with insufficient income.

But he appears to have failed to convince the public, who are calling into question the applicability of the promises, according to a recent poll revealing disbelief about the populist pledges. The results of the survey were reported in the media on Thursday.

It was unclear in the reports how many had participated in the survey and in which provinces it was conducted, but according to the results, while 47 percent believe increasing the minimum wage to 1, 500 TL is attractive, only 25 percent believe it can be realized once the CHP is elected. The proportion of those who have reservations about the pledge that every family will have over TL 720 per month is 75 percent. As to another striking promise made by the party as part of its election campaign, the reduction of diesel prices to TL 1.5, 25 percent of people don't believe is possible.

The main opposition party's pledges have already garnered the attention of experts, who previously expressed the opinion that they were unrealistic. Kılıçdaroğlu has been criticized for his party's exaggerated promises, with many economists explaining the hardships of actually turning the policies into practice and saying Kılıçdaroğlu is not capable of making the correct calculations. Despite a lack of belief that the CHP can stick to its promises once elected, Kılıçdaroğlu has stood by his promises and has not stepped back, trying in vain to convince critics that his calculations are well founded.

Finance Minister Mehmet Şimşek, speaking after the CHP announced its election manifesto, said that if the CHP could provide just one-third of the financial resources necessary to realize its economic election promises, he will vote for the party.

Şimşek said the additional cost of increasing the minimum pension to TL 1,500 would amount to TL 37.5 billion, pointing out that this figure would double Turkey's current account deficit. He said the CHP "deserves a Nobel Prize" if it can explain how it will achieve these targets without exacerbating the current account deficit and dragging Turkey into a crisis. "We will neither deceive nor be deceived. We will not fall into the trap of populism," he added.

While the discussions over how the promises of the CHP can lead to a budget deficit lingers, a fresh promise regarding the educational field has triggered hot debates ahead of the elections. The CHP along with the Nationalist Movement Party (MHP) have recently promised they will appoint all those teacher candidates who weren't previously appointed. Education experts have found that promise not reliable at all.

According to data from the Ministry of Education, the deficit in teachers at schools is 110,000 while 50,000 are on the payroll without being part of the official staff.

The data reveals that, since there are 300,000 candidates who are seeking appointment, if they are all to be appointed this would cause redundancy, which would eventually lead to over 140,000 teachers being paid without even teaching.
Last Update: May 14, 2015 11:26 pm
RELATED TOPICS