Over 1 million Turks have voted abroad for June elections 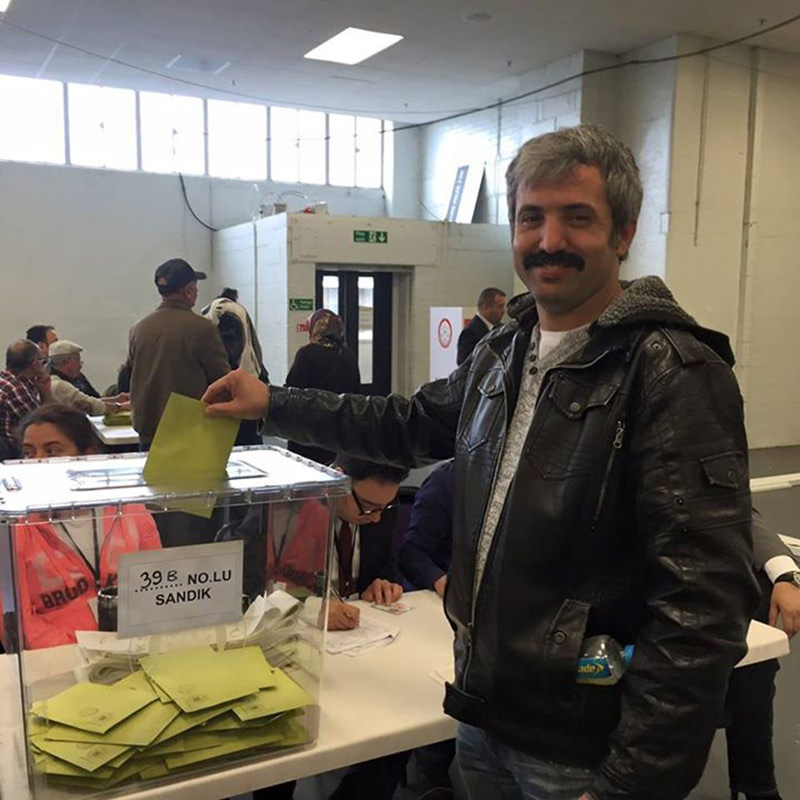 Selahattin Babir, a Turkish-origin British citizen from the UKu2019s West Midlands, casts his vote at the polling station in London on Sunday.
by Daily Sabah with AA Jun 01, 2015 12:00 am

As the June elections in Turkey approach, over 1 million Turkish citizens living abroad voted by the May 31 deadline, putting expat Turks second on the list with regard to turnout. Turkish citizens abroad will be able to continue to vote at customs gates until June 7

Voting for Turkish nationals living abroad ended on May 31 with those voting for the upcoming June elections surpassing 1 million. Turkish citizens abroad will be able to continue voting at 33 customs gates until June 7.

Turkish nationals living abroad began voting in May for the June 7 general elections in Turkey. Roughly 1.03 million Turkish nationals went to the polls to cast their votes. The ballots will reportedly be sent to Turkey on June 2 amid intense security measures.

Polling at the Turkish Embassy in Washington and consulates across the U.S. for Turkey's general elections has come to an end with at least 17,804 Turkish citizens participating in the process out of 90,745 eligible voters.

The vote count at the U.S. customs post was 2,376 on May 29, although voting there will continue until June 7.

Turkish citizens in the U.K. began voting at the Olympia Exhibition Centre and Turkish Embassy in Edinburgh on Saturday.

The consul general of Turkey in London, Emirhan Yorulmazlar, said the voting process in London was completed successfully.

"The election was problem-free in terms of security, organization and infrastructure," he said, adding that the votes will be moved to a safe room at the Turkish Consulate in London.

The Turkish consul general in the Scottish capital of Edinburgh, Semih Lütfü Turgut, said: "A total of 741 out of a registered 2,915 voters cast their votes."

According to the Turkish Supreme Election Board, there were 81,643 eligible voters in London and 2,915 in Edinburgh.

A total of 535,000 out of 1,404,987 Turkish citizens in Germany cast votes, which lasted 24 days. This number approached 600,000, along with the 50,000 to 60,000 votes cast at the customs post.
Turkish citizens voted at poll stations in Turkish Consulates in Berlin, Frankfurt, Hamburg, Hannover, Cologne, Dusseldorf, Munich, Mainz, Nuremberg, Stuttgart, Karlsruhe, Essen and Munster.
The Turkish consul general in Berlin, Ahmet Başar Şen, said the turnout was 40 percent.

"I hope more citizens will cast their votes in the following days and we want the turnout to reach 70 percent or 80 percent," Şen said.
The election board set up 112 representatives in 54 countries for the elections, and Turkish citizens abroad voted at 57 locations in Europe and 55 in other countries.

According to Turkey's Supreme Election Board, 112 polling stations were set up for the almost 3 million Turkish nationals living abroad.
Elections in Turkey have the second-highest voter turnout among developed democracies, according to a report released by the Washington-based Pew Research Center.

More than 84 percent of the electorate went to the polls in the 2011 general elections, according to the report that compared turnout rates in Organisation for Economic Co-operation and Development member states.

The upcoming June elections will elect 550 members of the Turkish parliament from 20 political parties. This will be the country's 25th general election.