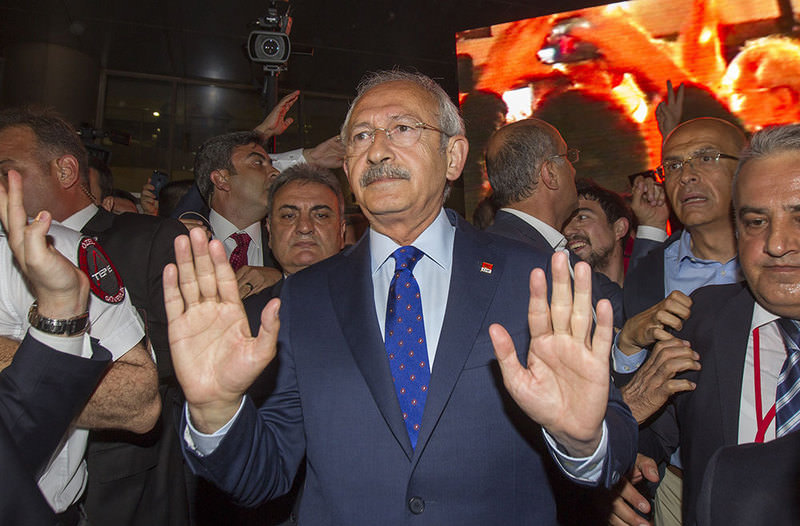 by Daily Sabah Jun 07, 2015 12:00 am
Turkey's main opposition CHP Chairman Kemal Kılıçdaroğlu stated that he is content with the election results and there is no need for him to resign, as his party has received 25.23 percent of the votes in the June 7 parliamentary elections, slightly lower than the 25.98 percent of 2011 elections.

Despite having a slight loss in percentage, the party's votes have increased around 230,000.

CHP Spokesperson Haluk Koç stated that parliamentary democracy is the actual winner of the elections, and stated that CHP became the most important actor to found the government.

Analysts see the nationalist MHP as the most likely coalition partner for the AK Party in the new parliament.

The CHP's supporters watching the results in the headquarters were in relatively higher spirits than the previous elections.