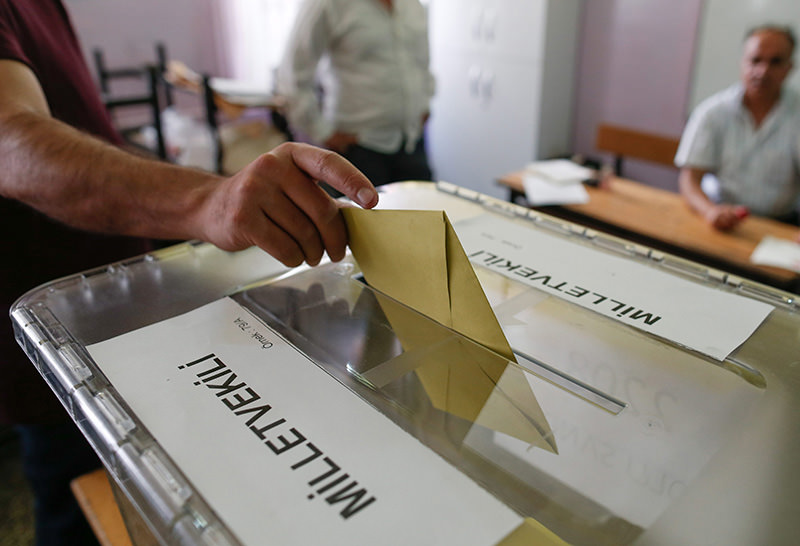 | EPA Photo
by Daily Sabah with AA Jun 07, 2015 12:00 am
Voters went to the polls on Sunday, June 7 to cast their votes for Turkey's parliamentary elections to elect 550 deputies for the Turkish Grand National Assembly. According to the results, four parties have passed the national threshold of 10 percent.

Turkey's Prime Minister Ahmet Davutoğlu and party leaders joined millions of Turkish citizens going to the polls in the 25th general election which began at 8.00 a.m.

A total of 174,240 polling stations were open until 5.00 p.m. local time (1500 GMT). Nearly a million Turks living abroad have also cast their ballots at 122 embassies and consulates.

The votes from 33 ballot stations at airports and border crossings were collected when the polls closed on Sunday.

Voters selected a party, rather than a candidate, in 85 voting districts across the country under the closed list proportional representation system.

The election were overseen by observers from civil society groups and political parties as well as international monitors from the Organization for Security and Cooperation in Europe and the Council of Europe. 20 parties have competed in the election.

Pro-Kurdish Peoples' Democratic Party (HDP) entered the parliament for the first time as a party.