More women to be represented in parliament following Turkey's elections 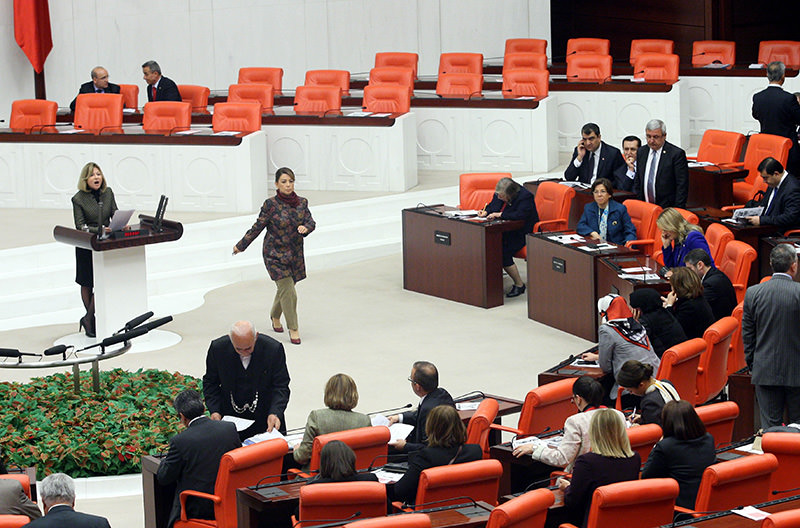 by Anadolu Agency Jun 08, 2015 12:00 am
Turkey's 25th parliamentary election Sunday may have produced no majority government, but the parliament is already in the books with the highest number of women deputies in Turkish history.

A total of 96 women deputies have secured seats in the Turkish Parliament.

The figure marks a notable rise against the background of the 2011 parliamentary election, when the Grand Assembly saw 79 women delegates.

Winning 40.8 percent of the votes but failing to form a majority government of their own, the Justice and Development Party (AK Party) sent 41 women to the parliament, five less than the 2011 election, becoming the only party with seats to lose women deputies.

The pro-Kurdish Peoples' Democratic Party (HDP), which passed the 10 percent threshold with 13.11 percent of the vote to take 79 seats, has the support of 31 women MPs in its first time in the parliament as a party.

The HDP, which had a number of women members who won as independents in the 2011 election, has more than doubled its women deputy tally from 11 to 31.

One of the highlights among the HDP's women deputies is Dilek Öcalan, who is the nephew of the outlawed PKK's leader Abdullah Öcalan.

Öcalan became a member of parliament from Şanlıurfa, where HDP secured 5 out of 12 seats.

The Republican People's Party (CHP), which won 24.96 percent of the votes to finish second nationwide, increased the number of their women delegates by only one to make it 20.

The Nationalist Movement Party (MHP) too added one more woman deputy to their list, bringing the total to four after winning 16.30 percent in the polls.
Last Update: Jun 09, 2015 10:42 am
RELATED TOPICS