No coalition can be as reformist as single party government, says Turkey’s Finance Minister 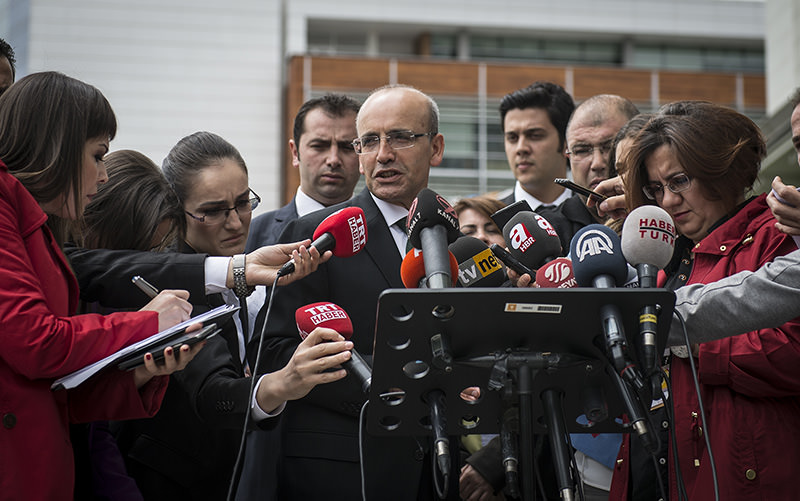 | AA Photo
by Daily Sabah with Reuters Jun 08, 2015 12:00 am
It is not possible for a coalition government in Turkey to be as reformist as a single-party government, Turkey's Finance Minister Mehmet Şimşek said on Monday, a day after the ruling AK Party lost its majority in the parliamentary election.

"No coalition can be as reformist as a single party government," Şimsek told reporters on his way to a meeting with Prime Minister Ahmet Davutoğlu, cabinet members and other senior AK Party officials to evaluate the election results.

Şimşek said there was no surprise in the market reaction to the outcome, and that investors were pricing in political risk.
Last Update: Jun 08, 2015 1:27 pm
RELATED TOPICS